About The Release SanteeForevrr releases ‘Like This’, a hip-hop/rap single that will captivate any listener. The release comes at you with swift lyricism and groovy instrumentation that makes the... 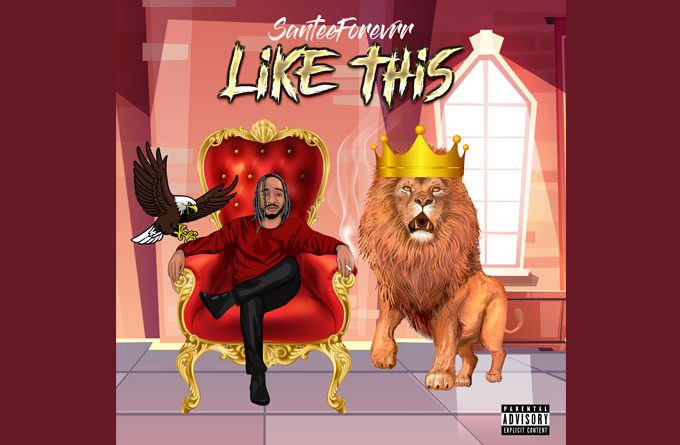 SanteeForevrr releases ‘Like This’, a hip-hop/rap single that will captivate any listener. The release comes at you with swift lyricism and groovy instrumentation that makes the whole record worth every second. With powerful, story-telling lyricism, this emerging creative maintains a fully charged arsenal of high octane music that supports the fact that he is the next force in the music scene.

‘Like This’ radiates an uninhibited aura as SanteeForevrr’s creative range of musical talent becomes profoundly expressed and spelled. ‘Like This’ features a hard-hitting beat with a driving bassline. The underlying tones, uplifting instrumentation, and powerful flows make the record a must-listen. SanteeForevrr is set to leave an impact with the atmospheric, message-heavy, and energy-filled release.

SanteeForevrr is putting the city of Houston on his back to make sure all of its citizens prosper. The twenty-eight-year-old has seen every corner of the city and has a deep-rooted love for it all, the good and the bad. That has always been a constant for him, although Santee has not always been so involved with music. For much of his life, he could not pursue music full-time given certain circumstances pertaining to work and his personal life. Now, with a solid foundation underneath him, he is finally ready to tackle the challenge while giving back to the community that has given him everything he asked for and more.  His energy lights up any room, and his charismatic persona is translated perfectly onto hard-hitting instrumentation. Whether he is rapping about his slow grind to the top or making more pop-centric dance records, Santee has always kept the core elements of the song upbeat and motivational.

Over time, he would also come to realize the broken system that exists within his borders. Run-ins with the law led him to craft ForevrrReign, a label that not only specializes in bringing resources and plat-forms to some of Houston’s brightest up-and-comers, it also focuses on dismantling the oppressive conditions that exist within the city. Making timeless music is one thing, but being an eternal force for a good cause is another, and SanteeForevrr will do both for as long as he possibly can!

Madame Z – “Down The Rabbit Hole” is a stunning record!