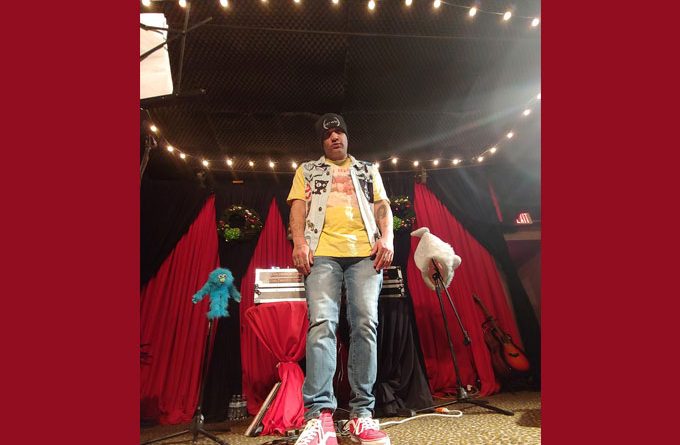 Recently nominated by the San Diego Music Awards 2020 (USA) in the category “Best Hip Hop Album”, for the record “Portals”, the Boston-turned-Lemon Grove songwriter known as Black Hesher, has at the end of May, dropped the album “Saints And Sirens”, featuring songs with J. Andrew, Natalie Dime, and Michael Fairchild. The vinyl edition comes with a free download card, including a cover painting by Kate Krysinski. On the 22 track album, Black Hesher’s blend of Grunge Hop and Psychedelic Lo-Fi Hip Hop takes, another set of radical twists and turns, rooted by its firm grip on core old school values. A sprawling symphony of loops, sounds, beats and voices, the album cannot be comfortably fit into any one box. Black Hesher has honed his aesthetic through a series of albums, exploring the spectral resonances and emotional intensities to be drawn from a variety of styles.

The minute you press play on the scratchy opening track “One Two”, Black Hesher’s music is immediately recognizable for its quaking, drifting sonorities; its vast, oceanic textures and swirling temporal shifting; and its strange emotional pull. The morass of menacing guitars and walloping drum signifies an all-encompassing power on “Oh Heshy”.

Exhibiting a deft stylistic switch, Black Hesher deploys a sweetly melodic vocal and sinister guitar interludes as directives to steer the contrasting malaise on “Fireflies” (ft. J. Andrew). If you thought the mad scientists of the Beastie Boys were the apex of cool in the nineties, you will dig the bombast of “Robin Williams”. 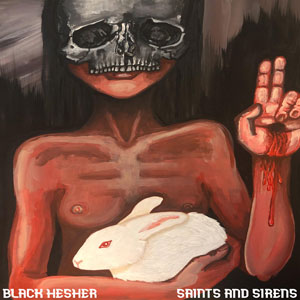 “Move Forward” is front-loaded with heavy electric blues guitar and slamming drums. “Van’s On It” builds itself on a new jack rhythm and a resonating bassline. “Magnetic” (ft. J Andrew) slips and slides through a melodic wall of jangly guitars and a mid-tempo beat.

“Smoke’ Em” (ft. J. Andrew and Michael Fairchild) is surprisingly aggressive while still being accessible and upbeat. Moving forward, the songs continue to offer deep grooves and a dizzying array of instrumental moments that only a serious craftsman like Black Hesher could have dreamed up. Case in point – “Drown Yourself” (ft. J Andrew), “Leave Home” and “Black Centipedes” (ft. J. Andrew).

There’s a heartbeat of hardcore throughout this album which rears its head prominently on the outstanding “Son Of Elvis” and the Cream sampled “Are We There Yet?” In between, “Dig A Hole” infiltrates a steady soulful jam, while later, the exceptional “Sirens” brings some slow-burning introspection. The desperately distressing atmosphere Black Hesher creates on this minimalistic track is stunning.

Put aside the vibrant raps on this album, and what’s left is atmospheric and groove-drenched brilliance. The result is a body of work that people from all corners of the musical world would easily consider a stylistic classic.

Black Hesher is one of the rare artists that transcend style and musicality, finding a universal common ground among hi-hop heads and head banging rockers. “Saints And Sirens” adds another exclamation mark to his growing catalog of album releases.