Virtual bedroom band, Panda Beach Squad, with each release, are refining and evolving its unmistakable sound: a transportive pulse of keys and swooning melodies drawing from Pop, Indie-Dance and... 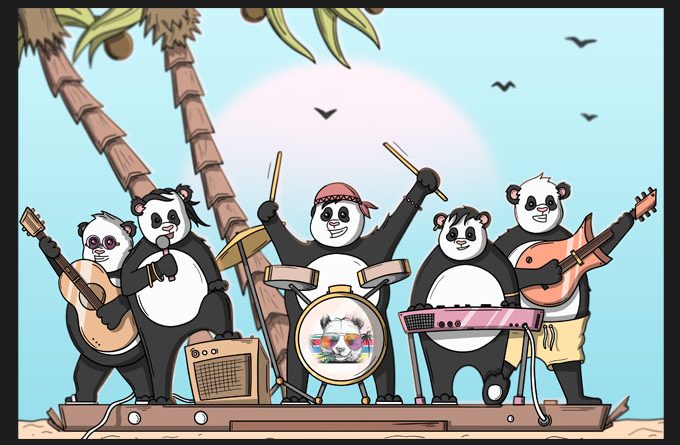 Virtual bedroom band, Panda Beach Squad, with each release, are refining and evolving its unmistakable sound: a transportive pulse of keys and swooning melodies drawing from Pop, Indie-Dance and Tropical House. They have tended to this aesthetic with laser focus. Their music is ruled by capricious energy that cuts through their songs, before leaving us in a glimmering pool of light. As the band’s sound grows more elliptical and cinematic, their lyrics become increasingly impressionistic, and on their latest single,  “This Night is Crazy”, the vivid, fragmentary lines of romance, happiness and good times, kick up images and emotions to envelop listeners rather than just telling a clear-cut story. 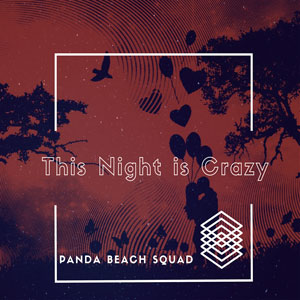 It’s a whirlwind of sentimental fantasy, inspired by beautiful nostalgic figures, and the elusive pursuit of bliss. This is the sound of a band that knows itself extremely well and yet, in seeking and embracing outside perspectives, has discovered a whole new level to explore.

Panda Beach Squad are fiercely independent, having full creative control over their projects, and without the frustrations of the traditional producer-band relationship, they get to go even deeper with their music, and fortunately, take us with them on “This Night is Crazy”.

Greatness can take time to develop: years of false starts, quiet experiments, and failures along with work that gently grasps at the fringes of one’s best possible ideas without ever entirely taking hold. This does not seem to be the case with Panda Beach Squad who have gotten their formula just right from the get-go.

The virtual bedroom band, has produced tremendous work brimming with enterprise and an earworm melody on “Pretend”. But on “This Night is Crazy”, their most accomplished, and confident record, Panda Beach Squad has leaned into the sheer euphoric force of their music. 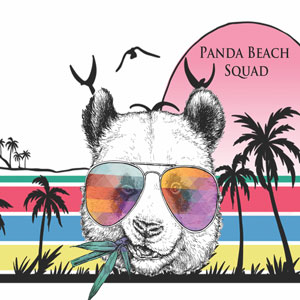 It sounds like Panda Beach Squad’s primary sonic elements and vocals meld into their purest form on the new single. “This Night is Crazy” sets this precedent within the first few seconds with a spattering of propulsive percussion and synth-brass.

It’s an immediate spark, one that quickly introduces listeners to the band. Three-and-a-half minutes of comforting wall-of-sound synth-brass paired with the airy but resonating female vocals segue into a confident, energetic, wallop of a banger. It is a cacophony of sonic beauty melding into one perfect, precise piece of music, a distillation of Panda Beach Squad as a whole.

“This Night is Crazy” is a short, precise track which is equal parts catchy, inventive and masterful. It is bound to make you swoon and, if you’re already a fan of Panda Beach Squad, fall deeper down the well with them. This is a band that creates depth of feeling effortlessly.

Panda Beach Squad know how to create a mood that can feel euphoric, introspective, and warm, all at once. These moments are all captivating and exciting on “This Night is Crazy”, which provides a reprieve from the outside world. Panda Beach Squad craft sleek, meticulously polished indie pop tunes that will transport you into a world entirely of your own.

LÖVE – “Feel Good Girl of the Summer / I am Love” – enough groove and passion to power a small city!