Paradise Motel – Official Video for “If You Ever Leave Me”

The latest single “If You Ever Leave Me”, by the band Paradise Motel, hovered around as an idea for a song for about 30 years. The four piece project... 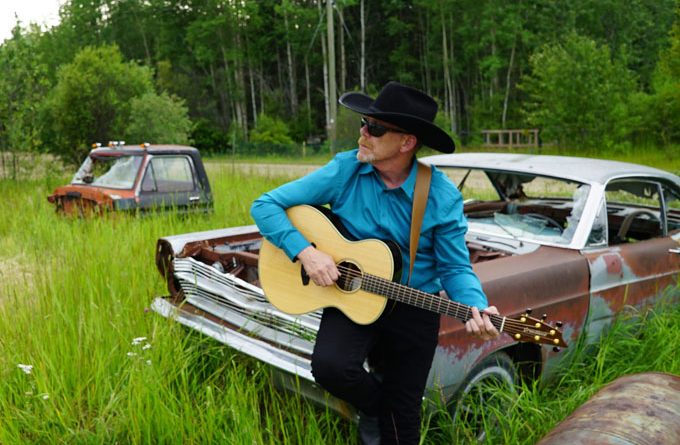 The latest single “If You Ever Leave Me”, by the band Paradise Motel, hovered around as an idea for a song for about 30 years. The four piece project originally got off the ground during 1987 in Drayton Valley Alberta, Canada. The original members Ray and Tim Mussell, Glenn Ellery, and Bernie Parenteau navigated the band through recording sessions and live performances, before calling it a day in 1994. Sadly, in 2008 drummer Bernie Parenteau passed away, and was followed by the loss of Tim Mussell, in 2012. It was at this time that Glenn and Ray found the inspiration to start recording demo tracks. The project grew over the next five years, resulting in 2 full studio albums, plus a series of music videos and singles – some of which have been released, while others are planned to drop over the next two years.

“If You Ever Leave Me”, primarily written by Glenn Ellery, is a single taken off the album called “Black Dove”, which features the new core line-up – Ray Mussell (vocals and guitar), Glenn Ellery (bass), Randy Rink (lead guitar), and Chantelle Mussell (manager and feature artist). Every single song on this recording is absolute gold. The band put all of their soul into performing their music, and their artistry is just fantastic. Mussell himself sings with every ounce of emotion, fitting for whichever tune he is jamming to, and the rest of the band plays perfectly alongside him. This is the type of stellar record that will stand the test of time for what true Americana based music is all about.

Paradise Motel deliver a blend of Country, rock and blues which hits all the right notes. So you get a sense of polished rawness running throughout their music. These guys know how to play, sing, and entertain. They can be serious, for sure, but they also keep a twinkle in their eyes and voices on many of these truly captivating songs on this great album.

One of them no doubt, is “If You Ever Leave Me” – described as “a tongue in cheek look at traditional Country music”. But it really is much more than that, as Paradise Motel turn up the jangling guitars, and turn on the groove. The vocals soar and drums slap and bang. The only thing missing here may be the fiddle, but the guitars more than make for it, as they zestfully twang their way all across the arrangement.

This single is both a bombastic and a poetic shout out to country, and all aspects of it, from the lifestyle to the music. It serves as the foundation of Paradise Motel’s original sound and, with an open mind, it’s not even that difficult to realize where these guys are coming from in their approach to their music.

Truthfully, there are only a handful of real bands in country music today, and Paradise Motel shows off so many diverse aspects to country music as a whole, it’s hard not to explore the many influences that thrive in their music. Beyond the single and video release, I would advise to give “Black Dove” a thorough
listen, to appreciate this band’s full artistic reach.

Jae Czar – “The Last Shot” is a forceful piece of hip-hop!

FYO Dangello and Haakim – “Classy” – achieves a synergy and cohesion that heightens the clarity!