DiamondBack – “Introspection” primed to become a force in a classic lane!

DiamondBack is a 21 year old hip hop producer that focuses on sampling old records to emulate the type of Hip Hop production prominently seen in the 80s, 90s,... 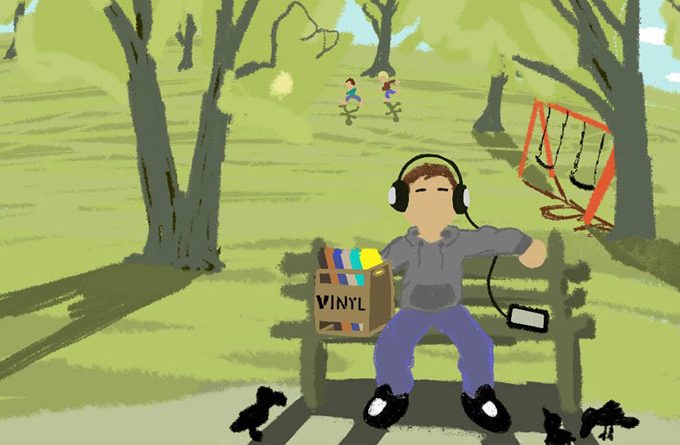 DiamondBack is a 21 year old hip hop producer that focuses on sampling old records to emulate the type of Hip Hop production prominently seen in the 80s, 90s, and early 2000s. Creating lo-fi and old school boom bap, his inspiration and sound selection mostly comes from producers such as Madlib, The Alchemist, Pete Rock, J Dilla, and Cookin Soul. Classic boom bap is a persuasive experience, with beats that are visceral and rousing. It is hip hop at its brawniest. The style stays loyal to hip hop’s original make-up because it nods to the days when DJs and emcees had little in the way of recording equipment and were forced to make music from other artists’ sonic scraps. The vibe of boom bap is to use the least amount of instruments to create the most amount of rhythmic sound.

This is something DiamondBack creates with ease on his beat tape, entitled “Introspection”, while also squeezing in luscious brass, string, guitar and keyboard sounds. His lush, bright, ethereal instrumentation should be getting a lot more attention. One of the marks of a great producer is an immediately identifiable sound, and DiamondBack, seems to have found his rather quickly.

Right from the opening track, “Daydream”, we are drawn into his warm swell of slow groove. Through the lens of a nostalgia-fueled aesthetic, the 21-year-old producer crafts beats that are soulful, chill and emotionally engaging, while glimmering and twinkling with a luxurious polish. 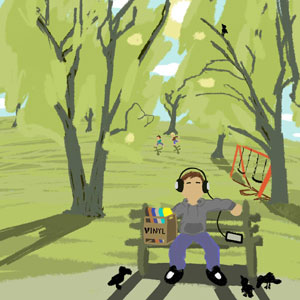 Such is the case with “Sinking”, which also employs a recurring guitar melody. Bass-heavy and strangely intoxicating, the song gives off the sort of eerie, hypnotic qualities of a dream state. It’s a dream as perfectly accented by DiamondBack’s thematic direction, driven by throwback imagery.

Similarly, “Roses” relies on a recurring melodic motif. The production is bright and buoyant but still bangs, as does “Impressions” and “Baby”. DiamondBack has clearly honed in on a distinct sound that sets him far apart from the rest of the new school.

While many producers pride themselves on hit singles and high-profile collaborations, DiamondBack’s biggest strength for now, lies in the understanding of his craft, while mixing and blending a whole bunch of soulful and jazzy sounds with alternative twists. Case in point, the breezy, expansive soundscapes of “Hubris”, “Florescence” and “Cycles”.

The soulful textures and bouncy grooves serve to accentuate the producer’s colorful eccentricities. DiamondBack has turned an ear for sampling and his synth-bending powers into production gold. This much is evident on “Strife”, which includes a myriad of vocal effects, and “Arrogance”, which features a powerful clarinet-styled melody.

Essentially DiamondBack has boosted his lo-fi and old school boom bap aesthetic, to something beyond just nostalgic sounds for old hip-hop heads. Consisting of flipped soul and jazz samples, and boom bap drum kits that could make some of his peers blush, DiamondBack’s production feels like cinematic storyboards on wax.

That is particularly true of the standout closers “Pride” and “Perspective” which wallow in dynamic keys and dramatic string hooks. Showcasing smooth loops and nostalgic chops, DiamondBack’s production speaks a language without rhymes. While so many producers wonder how they can go pop, DiamondBack is primed to become a force in a classic lane.

It’s interesting to note that the theme of the beat tape symbolizes DiamondBack sitting on a park bench with the first track, “Daydream”, and then “Sinking” into sleep. The rest of the tracks suggest the dreams (or nightmares) he is having while he is asleep on that bench. As is usual with most instrumental music, you are allowed to build your own narratives to match these soundscapes.

Box! – “Sunsets” is executed in a relentlessly engaging fashion!

DboySlim – “Millions” – his flow is infectious, as he flashes his wit and turns of phrase