UK indie artist Sam and Sounds has just released a brand-new single that will have you both grinning and grooving. The singer songwriter has just dropped “Cloud 9,” offering... 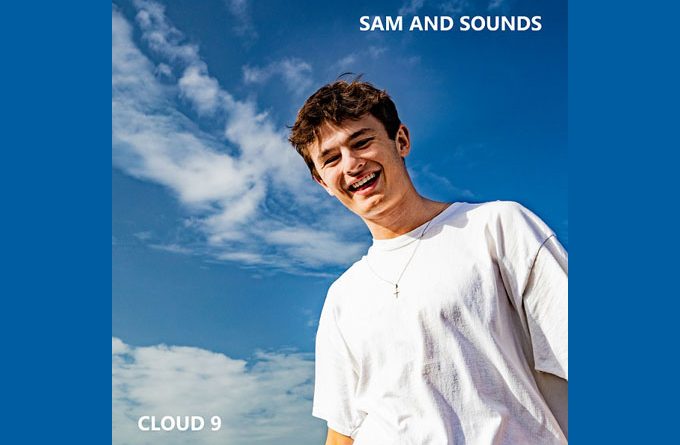 UK indie artist Sam and Sounds has just released a brand-new single that will have you both grinning and grooving. The singer songwriter has just dropped “Cloud 9,” offering endless feel-good vibes and some much-needed positivity in today’s world. With his debut EP due to land in October this year, this track is the second teaser to what we can expect. It follows his first single release which came out in April, “Do It All Again,” that soon became an instant smash hit.

Sam and Sounds has already netted an impressive 41,000 Spotify streams, with 23,000 monthly listeners and a firm place on the iTunes Pop Charts. But the music you will hear with both his offerings so far is more than just pop. It is a delicious blend of pop and indie, flawlessly mixed into a hybrid that is certain to appeal to a wide audience. You cannot help but smile as you listen, his music just creates an instant feeling of warm joy and boundless enthusiasm.

It may surprise listeners to learn that “Cloud 9” was inspired by the negativity of online trolls. Instead of allowing their nastiness to defeat him, Sam and Sounds chose to turn the experience into something beautiful and positive. His response to this hate has been one of care and kindness, demonstrating a wisdom and compassion far beyond his youthful years.

This track is not only great to listen to. There is a profound message within it. A life lesson and stunning example of maturity and love that we can all benefit from. This is the kind of song that can only be written with sincerity and frank honesty by an artist. Sam and Sounds produces both in abundance here. He tells the truth and does so from the perspective of a gracious and thoughtful young man who wants nothing more than to bring joy into the world.

Sam and Sounds wants to inspire and motivate other young people to adopt his congenial and forward-thinking attitude. Through his music, he is not only spreading joy, he is encouraging others to do the same. And while he is at it, we all get to enjoy his incredible musical talent, and fun, upbeat tracks.