Although it is the all-embracing technical virtuosity of ANT FARM that I respond most favorably to; I have to admit that I really can’t nail it down to one... 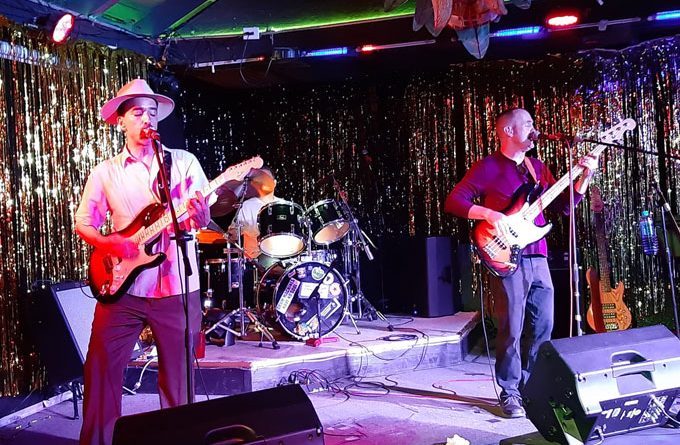 Although it is the all-embracing technical virtuosity of ANT FARM that I respond most favorably to; I have to admit that I really can’t nail it down to one single thing; my guess is that it is some combination of the haunting melodies; baroquely progressive arrangements; loads of swirling and fiery guitars; and the rocking nature of the music. In general, the organic instrumental complexity and the overall warm sound is highly engaging and reminiscent of a captivating rock era long gone. 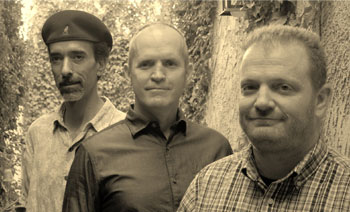 Featuring an alternative-rock trio of native Arizonans –John (“J.C.”) Chavez (Guitar & Vocals), Rob DeFriese (Bass & Vocals), and Dan Feldman (Drums & Percussion) – it becomes clear that even off of the starting block, this is a group of superb collective skills and there is some great ensemble work on then their latest album, “Back To Shore”.

The individual playing is great too and there are some ripping solos electric guitar.  They were a band in high school, and now as fully grown men, and after pursuing solo careers, they have finally gotten back together as a band again. Twenty years down the line, the experience accumulated together as ANT FARM, shines brightly all across “Back To Shore”.

The 9 tunes on the album range in length from 2:55 on the closing “The Happy Song”, to the comparatively lengthy opening track “Used To Be” at 5:08, and present a nice mixture of alternative rock and other similar flavors.

There is great emphasis on enchanting melodies, and at the opposite end of the spectrum, driving groove-infused rhythms.  That, in turn, flows into an interesting array of drumming embellishments by Dan Feldman, and this is one of those rare cases when the drums actually sound like a musical instrument, and not simply a timekeeping component. 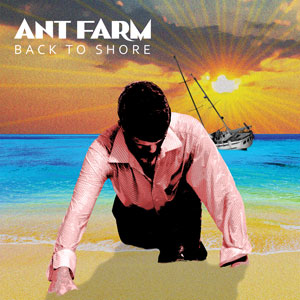 The opening track “Used To Be” quickly sets the tone and timbre of this project, as ANT FARM are ready to lick away the crap in current rock music and drool in the long lost art of jangling guitars, easy on the ear rhythmic grooves, and mysteriously captivating melodies.

The song soars in composition, the music twists and winds, a primary melody is loosely maintained through the quick interludes and breakdowns. The track is urgently driven, with rolling bass lines and dirty guitar riffs, but laden with a smooth flow.

The jangle and excitement is turned up a notch on the upbeat swing of “Making Waves”, but ultimately it’s the funky groove and wah-wah guitars of “Turn This Ship Around” that steals the show, with Rob DeFriese brilliantly leading the charge on vocals, and J.C. Chavez’s scorching guitar solo doing the rest.

Music is often riddled with tremendously talented artists that quietly pass under the radar of popular culture and fade from any collective memory outside a small but devoted fan base. With “Back To Shore”, ANT FARM aim buck the trend, and lay their wares down for all to see and appreciate.

This record is a treat for fans of organically driven rock music that steps more than a little outside the current norms, while delivering high quality musicianship.

LOS MUSICK and P.A.T. Louisiana’s Finest – “Inside The People” – a musical evolution!