When we talk about the unsigned underground EDM greats, we can talk about quite a few names; but I think we can all agree that English-Australian producer Lyndon Rivers...

When we talk about the unsigned underground EDM greats, we can talk about quite a few names; but I think we can all agree that English-Australian producer Lyndon Rivers can be added to that list. Simply for the amount and diversity of his releases. The master of big club anthem, who can lay down pop and disco numbers on the dial of a button, is back with a new single, entitled “Like An Animal”. The record once again makes a statement that Rivers is a perfectionist at his work and is really setting the standard and his mark as the king of creative, underground, electronic dance music.

Like any of Lyndon Rivers’ previous releases, “Like An Animal” is capable of bringing back that sense of wonder that you felt when you first experienced the joy that is dance music. In typical Rivers fashion, the track moves through various movements, from darker house sonics, to techier sounding passages. Whether you’re a die-hard Lyndon Rivers fan or you’re listening to his music for the first time, you can’t help but acknowledge this track as being undeniable for what it is. 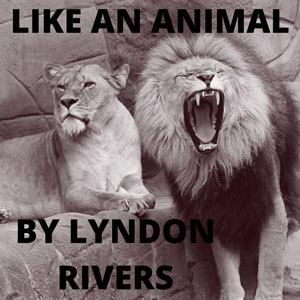 “Like An Animal” delivers music that’s so expansive and far-reaching it outgrows its very style, unable to be contained within any four-walled enclosure. In short amount of time, Lyndon Rivers become one of the most eclectic underground producers in EDM — one who, unlike many of the genre’s more mainstream-exposed practitioners, actually does try to push the genre forward.

Lyndon cuts, chops and puts his tracks together like a jigsaw puzzle. Piling loops, samples and sounds on top of engaging beats, and then weaving the most disparate vocals into the mix. The result are tracks that bounce with endless energy and ear-warming choruses, which you can play anywhere.

Not only does “Like An Animal” serve as yet another defining document in Lyndon Rivers unexpectedly rich and varied catalog, but it stands as a totemic release for 21st century dance music, without all the fuss and hype.

On the whole, the track succeeds as it does because Rivers detonates his synths with the same style and verve of nineties dance tracks, when the scene was dominated by scorching keyboard sounds, and synths were the real stars of the dancefloor.

Once Lyndon Rivers really gets in his groove, the perfect blend of minimalism and maximization of electronic sounds on tracks such as “Like An Animal” show him at his strongest. In the world of dance music, there are a few tracks that you hear and instantly know you’ve stumbled onto something special.

This is Lyndon Rivers at his absolute finest. His unique musicality and inspired production prowess knows no bounds. Deeply woven into a fine fabric of quality dance music, Rivers does everything right with “Like An Animal”.