What’s so fascinating about Reno Valay is the complex duality of his artistry. Musically he sits comfortably in the R&B, Trap and hip-hop genres without abandoning one for the... 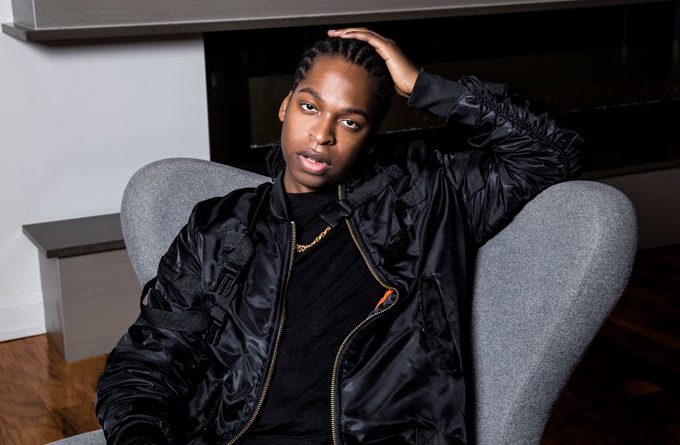 What’s so fascinating about Reno Valay is the complex duality of his artistry. Musically he sits comfortably in the R&B, Trap and hip-hop genres without abandoning one for the other. But most of all, the rapper is honest and wears his rugged heart on his sleeve. Reno’s voice and lyrical content connect in a way that is uninhibited. It’s not contrived for marketing or sales. When you listen you’re intensely drawn in by its grit and soul. If Reno proves nothing else with his new feel-good single, “Ride Together”, it’s that he offers far more dimensions than the usual trap-soul sounds of his contemporaries.

Vocally, he’s a bona-fide natural vocalist, proving he needs no tricks to show off his singing chops, while lyrically and spitting-wise, he confirms that he’s unafraid to go with the best of them. No newbie – I tracked some of his releases to 7 years back – Reno Valay’s lateral approach to music expression and storytelling is sure to take his career far. His talent lies in the fact he can do so, such that the listener remains engaged. 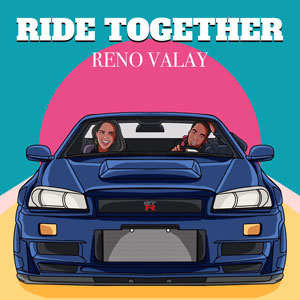 The Trap and R&B scene has been inundated, or rather, dominated of late, by a spate of morbid, drug-filled, depression-loaded releases, reflecting a youth movement stuck in an atmosphere of restless and foreboding anxiety. On “Ride Together”, Reno Valay completely switches the template. He’s unafraid to explore sentimental and romantic territory, and he does it with bravado and gusto.

Riding a banging, booty-swinging groove, Reno Valay drops a gallant set of verses in laudation of his girl, letting the world know about all the things he is willing to do for her. After which time he breaks into a mellifluous hook that will stick in your head for days. “Ride together. I just want to ride with you. Ride Forever. I just want to ride with you,” sings Reno with pride and sincerity.

In comparison to most records in this hybrid genre, Reno Valay has been the most sincere in sharing his good vibes through his music. It’s easy to lament, be negative and drag people down to a level of depression. The opposite is rather more difficult. It takes something special to uplift and inspire.

The lyrics on “Ride Together” are simple, direct, and totally engaging, perhaps because there is truth to the feelings that Reno is putting across to audiences, and that, no doubt resonates more than anything else, in world always in search of authenticity.

Reno Valay rides the song like a vocal dynamo, getting down, and into the pocket of the groove on the verses, before soaring to the heavens on the breezy choruses. And it adds plenty of difference to make your ears perk up at the change.

The production bumps, bangs and flourishes, adding depth and effervescence to the theme. Reno’s lyrical quality and flow is consistently good, and he has an understanding of his voice that most artists don’t gain until they’ve been in the industry for at least a decade.

“Ride Together” dropped on the 15th of August, and can be picked up at the following outlets: