“I AM” The New Album by EVIE is Coming in September!

British singer-songwriter Evie is a prodigiously talented artist whose voice shows a nuance and maturity beyond that of most singers, let alone unsigned, independent ones. She’s reached top 10... 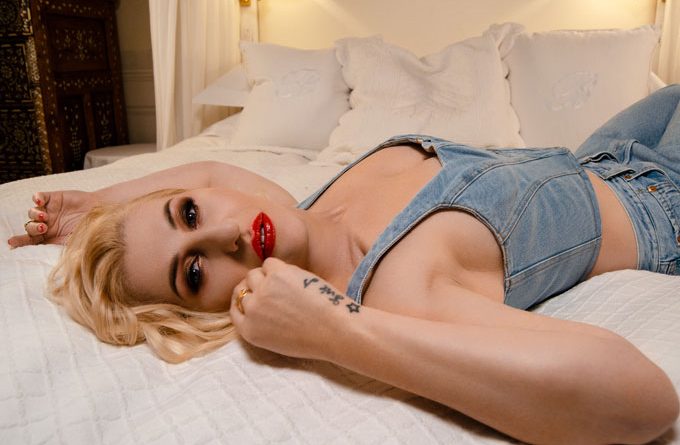 British singer-songwriter Evie is a prodigiously talented artist whose voice shows a nuance and maturity beyond that of most singers, let alone unsigned, independent ones. She’s reached top 10 in the upfront club chart with a track off her debut album, “HABIBI” featuring Marc Vedo. Her song “RAY BANS”, remixed by Pete Hoffman, whose credits include Depeche Mode and Kylie, generated over 1 million views on YouTube. In 2019, her comeback single, after a long break, “MISS YOU” captured media and fan attention. Written by Evie, the track was produced by Tony White, which was followed with a Remix by White Light Production and brand new music video directed by Tim Watchorn.

The year 2020 saw Evie drop yet another captivating single, “DAMN AMAZING”, which is to be followed by her second highly anticipated album release set for mid-September, entitled “I AM”. And it is worth the wait: the new album could make her the breakout star of the year.

It’s a combination of classic and contemporary dance and pop sounds that fit alongside the songstress’ distinctive voice and eclectic sonic tastes. The album’s beats and deliciously gorgeous melodies set it apart.

The music occasionally drifts into luxuriously exotic flavors, as on the mesmerizing chill of “ROOF OF THE WORLD” ft. Tenzin Choegyal. But it’s always Evie’s commanding voice that keeps the songs completely accessible.

One listen to the lead single, “DAMN AMAZING”, and its throbbing, bittersweet sexy slumber, will show you just how far she’s come in a year. The song relies on the kind of downtempo, backbeat-laced grooves that so perfectly suits her satin-stained voice.

The highlights are many on this album, but the best introductions are “HAPPINESS” which thrives on emotionally raw minimalism, with Evie’s voice as the central instrument. Pure and soulful, it stretches like a rubber band, soaring between virtuosic warmth and vertiginous synth, bass and drum embellishments.

It’s an appropriately mutable upbeat piece for an album centered on searching, questioning and discovering. These may be familiar sentiments, but Evie’s whispery intensity gives them new resonance.

The construction of the album, not to mention the individual songs, is infused with patience and care. These elements are on display immediately in the second track, “SIDE BY SIDE”, which fades in, gentle and languid, offering an introduction that meticulously demonstrates the penetrability and control Evie has in her voice before that voice even attempts to jump to the front of the mix. And when Evie does step into the spotlight, we hear a voice that evokes images of smoke-obscured clubs and black-tie fashion.

Songs like “STAY” and “LOVE” continue to spotlight Evie’s evocative vocal and lyrical poetry. A voice that switches effortlessly from a low whisper to a high register croon. Also including the hit single “MISS YOU”, “I AM” is an astounding and appealing sophomore album from an artist we’re bound to be hearing from for a long time.

The Brit pop singer proves she can headline and carry a complete project with ease. Evie is steadily making her way in the industry on her own terms, with presence and poise. “I AM” is the sound of a unique talent who’s finally found herself, and steps forward with complete control of her vision, showing the world what she is capable of.

NOTE: “I AM” album cover photo by Iulia David. All other photos by Leila Nia