Four decades in the music industry, and there is still no stopping Dan Wande aka DW. The Piteå (Sweden) based vocalist, musician and producer works from his home studio –... 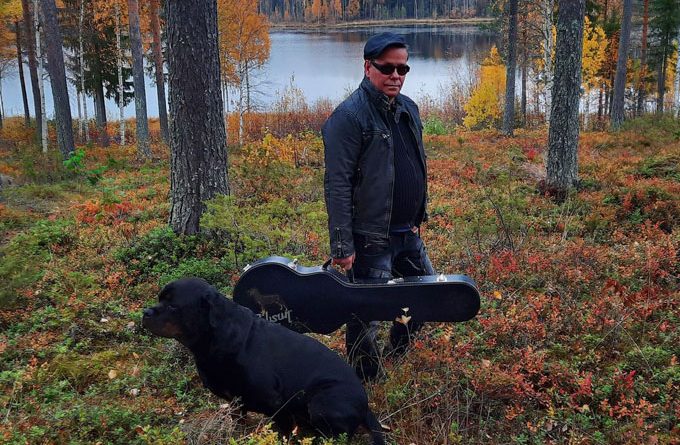 Four decades in the music industry, and there is still no stopping Dan Wande aka DW. The Piteå (Sweden) based vocalist, musician and producer works from his home studio – when he is able to take time off from his wife and a Rottweiler – and collaborates with musicians from across the globe. DW’s latest EP “Dragon Force”, has now hit streaming services, and promises to be Wande’s most explosive set yet. Mixed and mastered by Giacomo Pascualli in Italy, the recording contains 3 tracks from concepts and characters Dan had in his mind at the time. 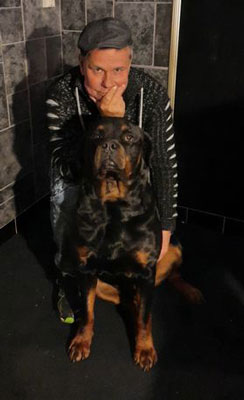 Dan Wande’s full range is on display on “Dragon Force”, moving through all the components he’s managed to master from metal mayhem and heavy hitting rockers, through epic anthems. This EP is the bigger picture from his more than 40-year career, orchestrated throughout three parts.

Given the surprising and outstanding work of “Way Back”, it may be somewhat surprising that DW would release another so soon. But the more familiar one gets with his work, the more one realizes that Wande has seemingly endless energy to pour himself into being a prolific independent rock artist.

I get the feeling that there is really nothing that Dan Wande can’t do. His gritty, resonating vocals proudly display his rock roots; and as a vocalist he can easily be compared to genre luminaries, thanks in large part to his impressive vocal range and his ability to channel the vocal grit of 70s and 80s legends.

On a pure technical level, “Dragon Force” might be DW’s best-produced recording to date. While his earlier works sound great, the production values on this EP seems to have upped the ante quite a bit. The tones are crisp and clear, yet still display the warmth we can fairly demand from a great classic rock record.

The drum tones are warm and clean – no excessive reverb, putting them in the forefront of the track without being too over-bearing. The bass tones are as growling and warm as we might want them to be. The guitars, of course, showcase the project’s unique ability to create a thundering sonic heaviness while using a balanced amount of distortion – something many other rock and metal artists attempt and fail.

The songs themselves are a wonderful treat for the ears – all the aggression minus the noise. Dan Wande has developed a roaring arsenal of sounds to accompany his blasting vocals. The result is a new level of artistic maturity from an already well-established musical artist.

The proof is on display deep within the grooves of the opening title track, “Dragon Force”, which veers from the balls-out, and heads-up anthemic vocals, to the blistering drums, and massive slashing walls of screeching guitar. Instead of chaos, there’s a feeling of controlled energized complexity. It’s a sweeping sonic experience. 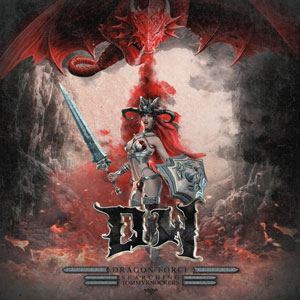 The progression of DW’s music is so natural and evolutionary, from the technicality and flamboyance of the up-tempo opener, to the slower, more epic and expansive panache, of “Searching”. There is a dark, almost mysterious feeling here. It is a thundering, sprawling work, in which every detail, every note and nuance, each rhythm and sound, has been deliberately and carefully placed.

Then, of course, there is the perfectly-tempered, immaculately phrased voice of Dan Wande in the face of it all, soaring alongside the strident guitar flourishes. Not to mention, the lead guitar tones, which are simply jaw-dropping. The track is beyond thrilling to listen to, and has a killer downtempo rhythmic meter.

The final track “Tommyknockers”, is based on Wande’s memory of a novel by Stephen King by the same name. It features three soloing instruments – the guitar, harmonica and organ – which in itself is not surprising until you hear how they’ve been used. Comprised of a focused ferocity and a precise, unyielding aggression, the song is also layered with streams of melody and harmony. With its slashed guitars and bone-rattling rhythm, this track will keep you glued to the speaker system.

Dan Wande remains an artist with a centered musical philosophy anchored by the forefathers of rock and metal, as well as a perfectionist’s attention to his craft. He also has the most wicked rock vocals currently on the block.