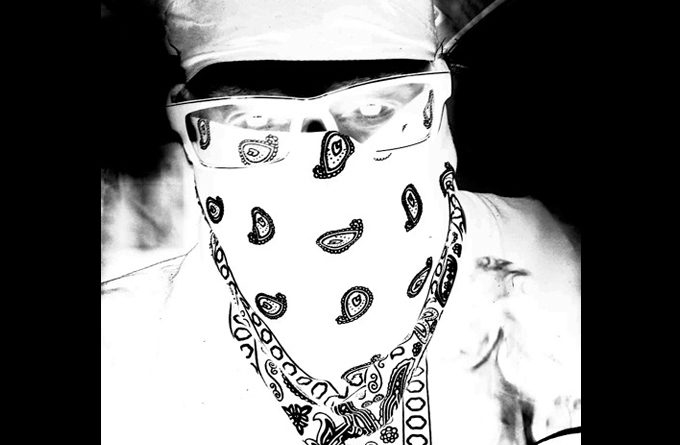 The EP “SWOUP”, is a 7 collective effort by the masked “chapter” of The Port of Platoon collaborative that supports the Paper Platoon collaborative with General Spark Master Tape and his masked troops. The recording features the talents of Rackencrackerz, Stigaloo, iLL Reaction, 13THEWIZARD, CXVXMXN and ANGRiiGRANii. The written thoughts of Rackencrackerz and his crew of spitters, over dark and gritty beats may not be the average new-wave mainstream listener’s idea of rap or hip-hop, but these guys are far from average, as they unquestionably demonstrates their newest project, “SWOUP”.

The eccentric Rackencrackerz does not disappoint in making this trailblazing EP sonically devastating. Even throughout tracks that are overwhelmingly spine-chilling, Rackencrackerz and his collaborative features somehow still manage to convert the bone-crushing beats and shudderingly ominous rap voices into something accessible to most.

The EP kicks off on a high with the immediacy of “2020 SWOUP” (ft STIGALOO), which documents how Rackencrackerz contracted the Corona virus, attempted suicide, got left behind by loved ones during the pandemic, and put down a puppy due to parvovirus

While the creativity and energy of this project is evident, it’s unlikely that these tracks will ever be played on the radio or on any other mainstream outlet. This is because the purpose of “SWOUP” seems to be as disturbingly raw and real as possible. Lyrical proficiency, extreme creativity and unfiltered songwriting continues to be showcased as we move ahead.

Tracks like “HOeDeNOUT” (ft. STIGALOO & ANGRiiGRANii) and “2Hi4DiS” (ft. STIGALOO & 13THEWIZARD) displays Rackencrackerz’s clear direction of thought, making sure the listener stays connected via the vivid lyrical imagery depicted through voices that rumble and roar. He does a great job of separating himself from the mainstream gangsta and hardcore rappers. Rackencrackerz and his crew are in a different league and niche market.

Originality and creativity are things that are often overlooked in music. The somber musical pace and wrathful atmosphere of “EvilazzFukk” (ft. iLL Reaction & 13THEWIZARD) compliments its malicious lyrics. Coming in at over 7 minutes, it’s not only the longest track on the EP, but one of the most impressive, in terms of the overall diabolical vibe it creates, both musically and vocally.

By the time you arrive at the final tract, “ICUICC4” (ft. STIGALOO), it is completely clear that Rackencrackerz and the masked “chapter” of The Port of Platoon, are one of those collective projects that you either totally love or hate.

There can be no in-between ground here. Rackencrackerz’s sound is definitive and unambiguous. And his damn good at what he does. The sound of “SWOUP” leaves no room for the undecided or the faint-hearted. You’re either in, or you’re out. It’s as simple as that.

R3 – “Reality” is Ready to Redefine the Game!