Anomalyst – “Kaca” – an enticing polished sheen and a smoldering underbelly!

Formed when the band members were still in senior high school, Anomalyst is an Indonesian rock band consisting of Aryorespati Xavier Sastrowardoyo, Ario Wibowo, Rigaskara, and Farizky Widjanarko. “Cipta Rasa Karsa”, the studio album from this Indonesian band, proves that the group have a sound that can achieve a wider appeal while remaining true to their roots. From the beginning, the album is a mixture of highs and lows in tone, mood, and energy. Between the delectable, catchy riffs and the mellifluous vocals, “Cipta Rasa Karsa” is a collection of polished tracks, and a hotbed of tight instrumentation and expert songwriting.

Capable of delivering a different kind of intensity– one that is slower and more deliberate, the album denies predictability by constantly changing pace. When Anomalyst isn’t dwelling on softer and more expansive musings, they offer high energy, driving cuts, like their single “Kaca” that can get a fierce mosh pit going at a concert. 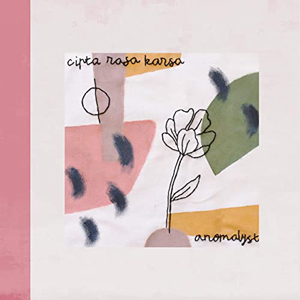 If you’ve ever been a fan of alternative rock music with a brain, then Anomalyst will be manna from indie heaven for you. Musically, the band hardly put a foot wrong. “Kaca” has a cleverly layered arrangement with crunchy and luscious guitar sounds driving its momentum, alongside the banging rhythm section. The vocals neatly bounce all around, while the song conjures up incredible levels of energy.

It’s good to note self-indulgence is kept to a minimum. The band only deliver what is functional and necessary to enhance the song. For all their expertise, they never get too artsy. In fact, there are moments here that could even be described as ‘poppy’. “Kaca” is engagingly catchy and may well prove to be the band’s big hit single outside of their country of origin, if it finds the right channels, and the language barrier doesn’t present an obstacle.

Anomalyst finds a balance between indie and alternative rock, which results in masterfully crafted, hook-laden songs with a pop bent. The lead vocal is the centerpiece of every song, placing the singer’s innovative, memorable melodies at the forefront. His vocal hooks sensibly and unpredictably weave their way in and out of the chord structures.

Melodic excellence aside, “Kaca” is the musical proof that Anomalyst’s songs can be refreshing and substantial, as much as that proof lies within the impressive vocal performance. I ran the song through a translator and it seems that the lyrics are dense and poetic yet literal. Messages are packed into every inch of space, and nothing feels clichéd or trite. The lyric sheet is certainly worth pondering over.

Anomalyst do not confine themselves to one recurring musical idea.  Instead they’re bursting with ideas, and “Kaca” lays them out in a beautiful, well-crafted production. It is a strong release which has an enticing polished sheen and a smoldering underbelly.

Lyndon Rivers – “I Like It” – the missing piece of his sonic puzzle!