The Kiefers – “A Very Mary Jane Christmas” is all about weed!

Any discussion of all-time essential weed-heavy albums will be incomplete without “A Very Mary Jane Christmas”, by the four-piece band from Michigan – The Kiefers. Rarely in rock, or... 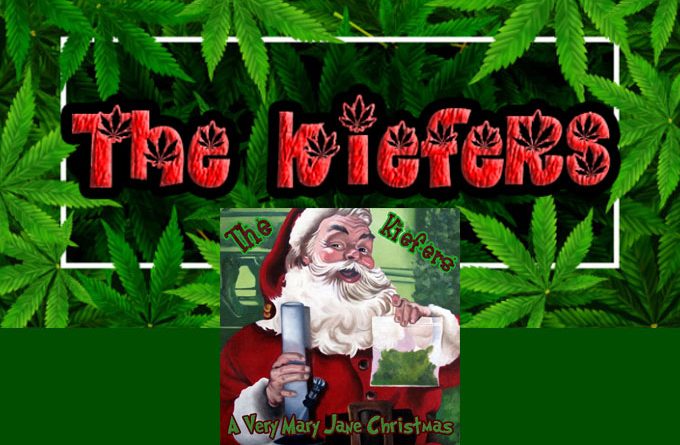 Any discussion of all-time essential weed-heavy albums will be incomplete without “A Very Mary Jane Christmas”, by the four-piece band from Michigan – The Kiefers. Rarely in rock, or any other genre, has such a Christmas album been released. You could argue that this six-track recording deserves induction into the canon of Christmas weed-themed albums – if such a daring thing existed – and I’m not sure you’d be wrong. The Kiefers is a band apart from the rest. Their tongue-in-cheek, Christmas weed movement, should be sweeping radio, print media and the greater rock and roll consciousness.

On “A Very Mary Jane Christmas”, The Kiefers showcase the smoked-up, happy-go-lucky rock they present. The weight of their grooves, the loosely jammed feel of driving, seasonal-derived rhythms, and the sheer power of their riffs will stomp themselves into the brain of any listener. Not to mention the playful, melodramatic and soaring vocals which resemble Sammy Hagar in his heyday, spurting out delightfully clever wordplay to get you to a new high. 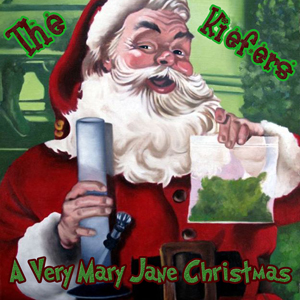 The vocals, guitars, bass and drums deliver original left-field rock fare, infused with that hazy, up-in-smoke holiday feel, which will resonate with fans, and make it an utterly timeless listen. Throw in the grotesque laugh-a-minute narratives, and you have yourself a seriously funny Christmas album, all about weed.

The Kiefers open the album with “Take Down The Mistletoe (and hang some stinky BUD)” which quickly sets the tone of what to expect, as the mellifluous vocals sit comfortably above the strum of sprawling acoustic guitars in this twisted mid-tempo ballad. A little operatic, and a little Meatloaf-styled ostentatious, in its vocal tones, “A Very Mary Jane Christmas” ups the tempo and the groove.

These songs speak perfectly to the band’s connection to the Christmas season, to weed, and their intent in conveying that musically. “12 Nugs of Christmas” is classically styled, with a noble-voiced lead vocal and elegant piano backing. “Santa Brought Grandma a bag of Weed for Christmas” is a chugging foot-stomper with a slapping snare, that will have you up and dancing in no time.

Rocking with a vengeance, there is heat in the tonal fuzz of the guitars, and a rock n’ roll ecosystem at work in the basslines and drums on “Rockin’ Around the Pot Plants”, while the singer flexes his vocal cords with stoned, brazen abandon, thrusting his way through the grit of the groove. “Christmas Pipe” again switches the musical template with a clean two-step marching beat, and another flamboyant theatrical vocal.

The Kiefers hooked me instantly with their expertise at what they do, their ingenuity at doing it, and the stabs of humor that they interject into their song titles and lyrics. Above all else, this is a band that is practically inventing its own genre and style. You can get lost in the weedy words and you can get lost in the swashbuckling music. The two can’t help but go hand in hand on “A Very Mary Jane Christmas”.

You can stream and purchase this brand new original Christmas album about weed exclusively on the band’s website www.THEKIEFERSBAND.com. You can also follow the band at www.facebook.com/THEKIEFERSBAND