“Wicked Woods” – Ripvanwicked is as ambitious as he is talented

Ripvanwicked is new 2020 artist based out of Atlanta Georgia. He is both a producer lyricist and engineer. His latest release is the album entitled “Wicked Woods”. Here Ripvanwicked...

Ripvanwicked is new 2020 artist based out of Atlanta Georgia. He is both a producer lyricist and engineer. His latest release is the album entitled “Wicked Woods”. Here Ripvanwicked shows himself to be a forward-thinking new wave rapper with distinct old school lyricism. This blend makes his music irresistible. We get all the feels and atmospheres connected to the new school of hip-hop, without forsaking the classic storytelling, wordplay and flows inspired by the forefathers of the movement. There’s a near constant ebb and flow of styles. In both lyrical content and production the themes are extolled in their versatility. 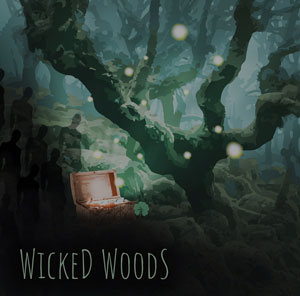 Right from the outset, “Wicked Woods” feels like a solid release from an emcee and producer establishing himself as a rising power. Ripvanwicked’s lyrics are immersed in deeper meanings, yet at the same time can be enjoyed at pure face value, as the words – often explicit – keep coming at you. Alongside that, the production high points are spectacular.

The 10 track album is over in just under 25 minutes, so there is no time and place for filler. Every song is tight, neat and shiny packaged to impress and make an impact. “Wicked Woods Pt.1” kicks things off, and immediately sets the bar and tone for what is to follow. The rippling track starts starkly, but quickly grows in lyrical menace. It work off of a lurching tension that creeps into every nook and cranny.

“Wicked Prophets” ft. Samichi Laio has less energetic momentum, but has a deeper and eerier aura.  This is followed by the downtempo introspection of “Inappropriate Pillow Talk” ft. Lord Kanti, and the smacking beat and synth-driven groove of “New Geechi” ft. Ray Robb. This track bangs hard, but doesn’t linger around for too long. So you’ll have to hit the replay button a few times to get your fill.

Ripvanwicked is about as versatile as it comes and he has no qualms showing it. “Army of Two” ft. Duey switches the album’s sonic template, but the results remain hypnotically top drawer. “Quadruple” is another shot at explicit sex-orientated rhymes, and Ripvanwicked unabashedly holds nothing back. “I keep my thumb in her butt. She keeps her hands on my nuts,” exclaims the rapper. And that’s the clean part of the hook.

“Wicked Woods” Pt.2 ft. Clouded Chris & Duey, closes the show with a head-nodding groove and a dominant deep-voiced melody.  Ripvanwicked’s lyrical and production domination on this project, runs parallel to the album’s outstanding features, who make sure the listener’s attention is never lost. One thing “Wicked Woods” proves above anything else, is that Ripvanwicked is as ambitious as he is talented.