Independent Records Labels generally have the freedom to work with whomever they like. There’s no pressure like you’d find at major labels to sacrifice your style in favor of... 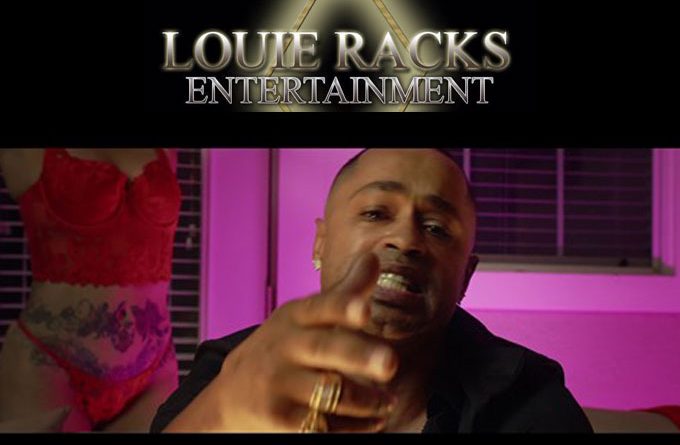 Independent Records Labels generally have the freedom to work with whomever they like. There’s no pressure like you’d find at major labels to sacrifice your style in favor of seeking chart success. When you are signed to an indie label, in almost every instance it’s because the label is a huge fan of your music; that translates into dedication because they believe in what you’re doing. One such label on the rise, is Louie Racks Entertainment LLC. If you’re an up-and-coming musician speculating about how to secure your big break, it’s worth learning about L.R.E. And what better way than to check the excellent music and visuals these guys release. 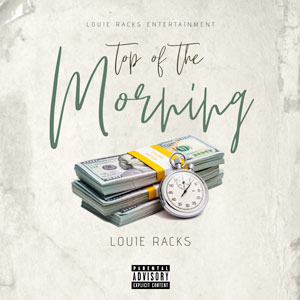 Starting right at the top we find Louie Racks himself. An American rapper, songwriter, musician and entrepreneur, Racks recently dropped his hard-nosed, street banger “Top Of The Morning”. Louie Racks has proven himself an interesting and multitalented prospect in the rap game. Here he just makes that point so much stronger.

The Louie Racks style is not far removed from what has traditionally come out of the classic rap scene. Most well-known hip-hop is fairly traditional, with rappers spitting complex bars about the trials and tribulations of coming from poverty and the hustle it takes to get an attempt at escaping it, frequently leading to meditations on achievements, wealth and living in style.

These narratives always have a place in hip-hop, and never lose their relevancy, considering the continual hardships apparent to most in our society. However what sets Louie Racks apart, and even above many of his so-called peers, is his voice and overall demeanor. His vocal flair and energetic brand of hip-hop is immediately impacting. Racks can go from a charismatic and almost conversational flow, to harsh aggression, one line after another. 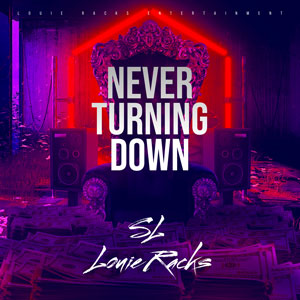 The reason Louie Racks should be creeping into the ‘serious rapper’ conversation is due to the lyrical fire he brings to his tracks. The venom and technical ability shown, in some bars on “Top Of The Morning”, harks back to the legendary, early battle-rap days when rappers new how to juggle with words. But then he also has the knack of treating listeners to a sticky hook, just to remind everyone that he does what he wants, and he does it like no one else does.

Louie Racks proves that he is able to put out multiple releases that are exciting in a way few other artists do. In fact we find him joining forces with SL/SlauchSpringz on another banger, entitled “Never Turning Down”.

This is a fantastic project, one that is like a well written sentence: short and sweet. At only 3 minutes and 12 seconds the track doesn’t waste any time because it simply cannot afford to. The stylized interchanging flows, and production groove, goes to reinforce the raw feeling the project evokes. It’s an auditory diamond in the rough, as SL and Racks exchange verses and jump in together on the choruses. 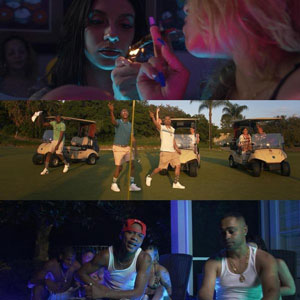 Jangling guitars, shimmering keys and skittering hi-hats pack the soundscape, making “Never Turning Down” feel even more substantial than its runtime. The song hits its apex when the hook catches fire: “I said we turning up, we ain’t never turning down. Never hit it from the front, I make her turn around. Throw that money in the air, I make her bust it down. Hey you know we’re rolling up, we gonna burn it down.”

SL and Louie Racks lean into banging beat, give the song a sharper edge, as it grooves along. No pauses, no hesitations. No waste. The two rappers just move in bursts of energy. Classy and classic, both “Top Of The Morning” and “Never Turning Down” call for repeated listens. There’s a freshness, and a gripping atmosphere present, as well as creative sparks flying everywhere.

“Wicked Woods” – Ripvanwicked is as ambitious as he is talented

Rhythm Affair – “Crapping Out” has the allure of a precious artifact from some bygone era!