The question for the meaning of life has fascinated almost everyone at one point or the other. Many people think about it daily and still no one seems to... 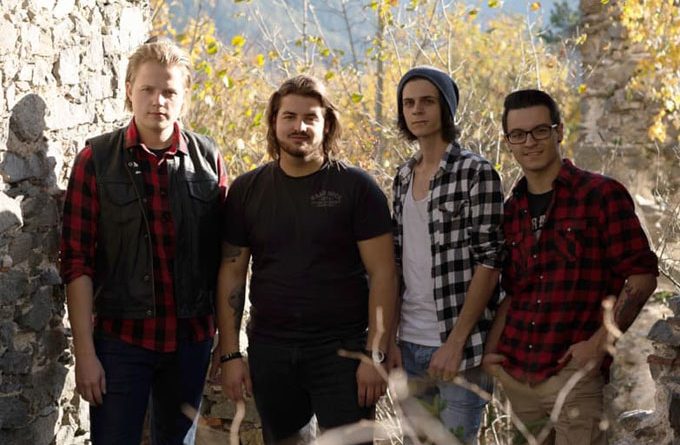 The question for the meaning of life has fascinated almost everyone at one point or the other. Many people think about it daily and still no one seems to have found a satisfactory answer. This exact phenomenon is the topic of ‘Son Come Home’, the debut single of the Austrian alternative rock newcomers Tomorrow’s Fate. Using metaphors, ‘Son Come Home’ tells the story of a lonely cowboy who tries to escape his fate. That is until he realizes that life is only a journey and death the ultimate home coming.

The musical journey of Tomorrow’s Fate began in 2016 when they formed under the name No Tomorrow. With them from the start were André ‘‘Andi‘‘ Reiter (guitar and singer), Manuel ‘‘Stixx‘‘ Wallis (drums) and Benjamin ‘‘Benji‘‘ Künstner (guitar and singer). Their public debut followed in the same year as the musical entertainment at a company party. Another performance at the “Linglstraßenfest“ in Madstein and a gig in front of an energetic audience at the “Sommernachtsfest” at the Trabochersee in 2017 strengthened the band’s spirit. Manuel “Mani” Rojak completed the band as their second guitarist in 2018 and it was renamed Tomorrow’s Fate.

Since then, Tomorrow’s Fate have performed their own songs, being strongly influenced by Nirvana, the Foo Fighters and Alter Bridge. Covering other people’s works became less and less important in their set list.

After a successful concert in SZENE Wien, which was held in front of a broad audience in 2020, they were approached by producer Nino Markgraf. He offered the young band the opportunity to produce their own record, which was then recorded at the Abnormal Audio Studios in spring of 2020.

Markgraf forwarded the record to the German label NRT-Records, which signed the band in the summer of 2020. Famous for their melodious song writing, Tomorrow’s Fate are going to release their debut single ‘Son Come Home’ as well as an artistic music video through NRT-Records on 15th January 2021.

Friends of alternative rock will get an impressive first taste of the musical workings of Tomorrow’s Fate.

“Crash and Burn” – Gear return to the fray older and wiser

Lyndon Rivers – “Living In A Heart Of Glass” captivates the listener immediately!