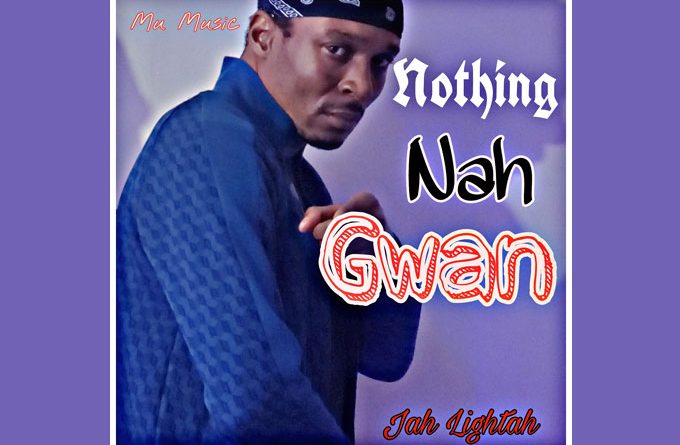 A licensed insurance agent and independent broker by day, Jah Lightah has joined forces with MU Music to drop new sounds. His latest being the single “Nothing Nah Gwan”. Musically, it’s a complex affair with multiple uses of musical devices from diverse Caribbean flavors. The song is simultaneously a testament to Jah Lightah’s strengths and a demonstration of his ability to remain relevant in any situation.

Jah Lightah’s performance is truly masterful. Rhythmically complex, he covers a large pitch range throughout. Particularly impressive is the rate and the nuances he spits with on top of an ever moving backdrop. His high standards are a constant throughout “Nothing Nah Gwan”, as he blends elements of reggae, dancehall, and hip hop. It’s a superbly executed, and pertinent track.

The impact of “Nothing Nah Gwan” is also in some way congruent with the rise of Caribbean rhythms in global dance music. Weaving his lyrics around frantic hi-hat licks, thumping percussion and a bouncy bassline, Jah Lightah concurrently associates himself with Jamaica’s rich musical history while reminding his listeners of the undeniable energy built into the up-tempo rhythm of “Nothing Nah Gwan”.

This project, and Jah Lightah in general, deserves your attention, especially if you are a fan of Caribbean-styled music. This song follows an innovative rhythmic pattern, this innovation being one of the factors that make the production so exceptional. Jah Lightah’s charisma and songwriting are also reliable and consistent, as “Nothing Nah Gwan” manages to set the stage for a strong performance in lyrics, voice and flow.

Jah Lightah has succeeded in delivering a powerful, pumping track that assembles a musically and lyrically energetic production. The forceful determination ringing through in “Nothing Nah Gwan”, and the creative play with words and timbre finds the exact right tone and intensity to fit the rhythm and bring the message across.

“Nothing Nah Gwan” is a reminder of what Jah Lightah music stands for, an important addition to this year’s artistic output  during a moment of troubled times for the world.

Vasilis Pittas – “Hold My Soul” is strung together expertly and imaginatively

Drako Proud – “Immortal” – a musical creative carving out his own niche!