Zemirah Singleton, a dancer and singer from Natchez, Mississippi has been performing since the age of 5. Zemirah was discovered and given an opportunity to record by songwriter and... 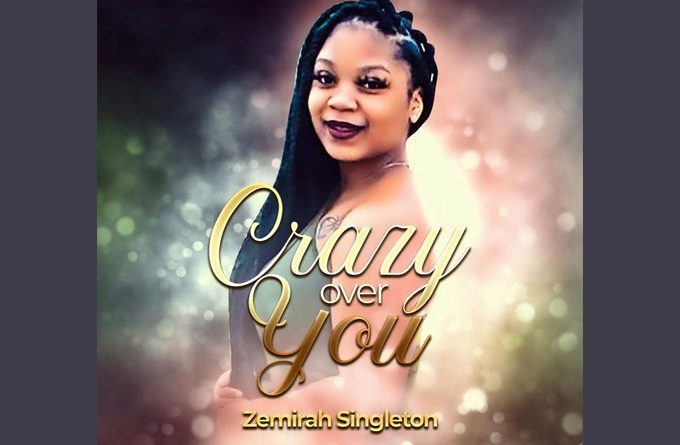 Zemirah Singleton, a dancer and singer from Natchez, Mississippi has been performing since the age of 5. Zemirah was discovered and given an opportunity to record by songwriter and singer Dia Grover. After hearing Zemirah, Grover used her angelic voice on his song “I Got the Blues”. Zemirah has appeared on Its Lit TV, BET Jams, and multiple radio stations. Currently a Music Therapy Major at Hinds, she has released her solo project “Crazy Over You”. Zemirah shows herself to be a true master of melding old school influences and styles with a post R&B outlook. Her track exists as a distinct shapeshifting of eras.

Sounding sexy, expressive, and in love, on “Crazy Over You”, Zemirah Singleton holds enough appeal as it is, but typically, added sweetness in the melody, and a banging slow-burning beat, helps to push this into a gigantic song.

From the new breed of urban songstresses, you would be expecting something cocky and maybe a little aggressive. Instead, I find a mellifluous, easy on the ear, pop-tinged R&B track that I didn’t see coming at all. It’s still assertive, but with charming self-assuredness.

“Crazy Over You” strikes a nice balance between modern elements and more traditional R&B. It also sets a definite mood, through Zemirah’s relatable lyrics and attitude. She is talented for many reasons, but the way in which almost everyone will be relate to her song in their own way, shows just how personable she makes the lyrics sound. Being able to have fans connect with your music on a deeper level is what makes music so special and Zemirah Singleton seems to have already mastered this skill.

The lyrics and performance by Zemirah perfectly capture the sentiment that the song title suggests. Vocally, she brings ample smoothness, despite the fact she is delivering heartfelt emotion and a feeling of euphoria describing her unconditional love.

She delivers terrific vocals, never over-singing, yet packing the right amount of punch. Here, she showcases the sheer beauty of her voice.  She sings in that rich, sultry higher register, and comes off as if she never breaks a sweat.

Zemirah Singleton sports a gorgeous, versatile voice in a song well-written and well-produced song that establishes her lane, one in which she is allowed to flex in. “Crazy Over You” has been crafted with care, acting as perfect union of the lyrical theme, the vocals and the beat. There was real chemistry here, between writer, producer and singer, and the result is ear candy.

The sonic imagery, the ability to transport listeners to a world that twirls on an axis of feel-good sentimentality, is the pulsating heart of “Crazy Over You”. If you have not heard of Zemirah Singleton yet, she is definitely someone you need to listen to, as she has all the attributes to make an impact in the music industry.

If she keeps her momentum going, Zemirah will steadily solidified herself as one of the premiere rising acts in R&B with a voice that has the ability to translate all the intricacies that comes with emotion. Those skills are put on the display for the world in “Crazy Over You”.