The Impersonators – “Life Of Grant” – filled with standout moments!

The Impersonators have gained acclaim for creating soundscapes that skirt the boundaries between pop and rock and progressive flavors. They have the soulful driven grooves of Hall & Oates,... 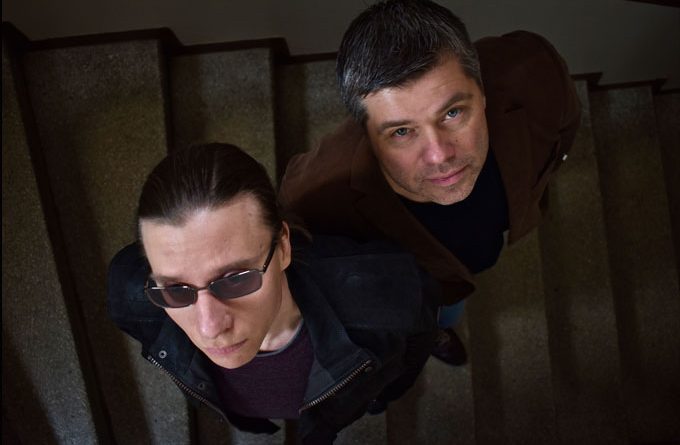 The Impersonators have gained acclaim for creating soundscapes that skirt the boundaries between pop and rock and progressive flavors. They have the soulful driven grooves of Hall & Oates, the sophisticated musicality of Steely Dan, and the smart lyricism of 10cc. The blended sound, is of course totally their own. The constant is Tom Tikka’s powerful vocals, and The Impersonators’ glorious songwriting, which Tom shares with Antti Autio. The duo met when Tom Tikka’s former band, Carmen Gray, considered one of Finland’s finest bands, broke up due to internal wrangles, with Tikka losing support from the Sony/BMG label. In 2017 he got together with his college and friend, Antti Autio to create The Impersonators. The duo have since released 2 EPs and seven singles, while the apex of their voyage arrived on March 26th, 2021, with the release of their concept album “Life Of Grant”, produced by Janne Saksa. 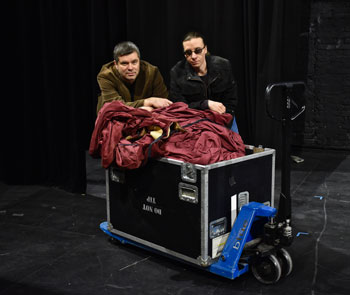 The Impersonators deliver a collection of 11 standout tracks, each offering a glimpse into the life of the fictional (not so fictional) character of ‘Grant’. The songs chart the journey taken by Grant as he navigates love, loss and the winding road of life. The reason for alluding to Grant as being ‘not so fictional’, is because the character called Grant, is loosely based on Tom Tikka’s father and godfather, a marine and merchant marine, two men scarred by war.

“These guys struggled with each and every relationship they ever had, every job, every new city…they hated change but yet couldn’t live without it,” explained Tom Tikka, continuing: “This album is the story of Grant’s life from the perspective of his relationships, most importantly his two marriages, the latter of which was happy and continues to this day. The album takes the listener from Grant’s youth and his first relationship rodeo to his golden years in San Francisco, where he resides now, still on cloud nine with his wife of more than thirty years, Charlotte.”

I don’t normally use the word genius for many musicians, however the cap fits with Tom Tikka. Having been a massive fan since The Impersonators earliest works, I’ve seen this guy grow in production, performance and songwriting stature like a magic beanstalk.

The songs on “Life Of Grant” speak for themselves. Pulling flavors from many genres Tikka and Autio have done it again, but this is The Impersonators in its own right. A pop-rock-fueled wonder that hits the spot.

This album is nothing short of perfection. From the order of the track listing, to the instrumentation and clever increments throughout. There is always a new sound or vocal inclusion which pricks your ears up. Arrangement wise, it’s stunning.

The songs move around so much and never tread water. No section is the same. The thing I love about Tom Tikka is that he’s never content to rest on his laurels. He is simply not satisfied to stand still. He seems to want to constantly evolve musically and experiment with different genres and styles.

There are so many standout moments on “Life Of Grant”, it’s almost impossible to mention them all – the dynamic drive of “Rodeo”, the soaring melody of “When You Are Young”, the guitar solo on “Effigy”, the retro nostalgia of “Broken Snow”, the luscious electro groove of “Sad Cafè”, and of course the fleshed-out sparkle and grind of the single, “Scarlet Hell”.

But there is so much more, which subsequent listening will unwrap and unfold. You will be teased by an infectious and effortlessly melodic soundtrack, with bountiful rhythms and stunning vocals.  “Life Of Grant” gives us another insight into Tom Tikka’s incredible musical mind.

Giorgio Leone IT is a DJ and Producer, born in Italy and currently based Taiwan