G.H.T – “Voices of the Night” brims with powerful, all-absorbing constructs

G.H.T is a Swedish one man band that started in 1987 and was active for a few years. Then went into a long hiatus until 2020 when the album...

G.H.T is a Swedish one man band that started in 1987 and was active for a few years. Then went into a long hiatus until 2020 when the album “Down the Valley of the Shadows” was released. Most of the songs on the album are based on poetry by Edgar Allan Poe, while others have taken inspiration from the Bible. During the summer and autumn 2020, G.H.T recorded a new album, entitled “The Seven Deadly Sins”. The project took inspiration from the seven deadly sins, as well as implemented Bible lyrics. 2021 sees the release of “Voices of the Night”, which was released on May 21st. The album is based upon poems by the famous poet and writer Henry Wadsworth Longfellow. 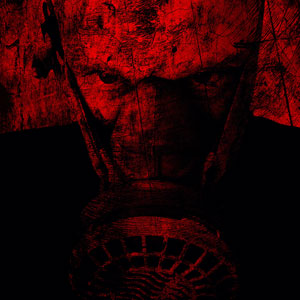 G.H.T doesn’t simply make albums of music, instead it creates listening experiences. “Voices of the Night” is abrasive, melodic and cinematic. It challenges you, throwing all sorts of aural obstacles in your way.

Their imposing use of synthesizers to create ominous atmospheres around dark brooding song structures will awake something in you. Patchworks of throbbing beats, synthesizers wired to sound as menacing as possible, and underscored by rock and electronic aesthetics is the project’s signature.

There is not a single weak track on the record. Each cut brings something new to the table without ever surrendering to mediocrity or popular tropes. While originality is never a problem, finding a way to deliver something new that’s entertaining, effecting, meaningful and appealing to a broad spectrum of listeners speaks to G.H.T’s wealth of skill.

The opening track, “Hymn to the Night”, immediately sets the mood. Slow, dark and mesmerizing, the track crawls along hauntingly, wrapped in a sweeping cinematic soundscape. “In the Churchyard at Cambridge” turns up both the intensity and the melody. The song brims with powerful, all-absorbing constructs. For those that have never heard of G.H.T, this would be a great place to start due to the comprehensive nature of the album.

“Song” maintains the momentum, as G.H.T pushes through the track list, the vocals echoing in mysteriously luscious waves. The synths growl, the basslines roll, and the drums continue to rock steady on “The Day Is Gone”.

The energy accumulates track after track, loading the levels of “The Witness” and “Wood in the Winter”. Musically, G.H.T bring us something more cinematic. Something more focused on building an expansive soundscape for instruments, samples, and effects to rest alongside the lyrics.

This album is a reminder that G.H.T remains a forward-thinking musician willing to step out on a ledge. Risks are taken, boundaries are pushed, and all the elements of the bands quintessential industrial template remain intact.

“The Tide Rises, The Tide Falls” grinds through its arrangement, which alongside “The Cross of Snow” and “A Psalm of Life” represents the fiercest songs on the album. G.H.T creates a deep-rooted sense of coherence that only adds to the power of the content.

On “Footsteps of Angels” the sound becomes more poignant and less ominous, even though the big beat is still there. Overall, “Voices of the Night” is an essential listen to those wanting to broaden their horizons in the realms of electronic and industrial music. It is an ambitious statement of intent from G.H.T.

The Grindhouse Radio: From Relative Upstarts to iTunes Accolades

KingCaliDro – “Play Me” ft. Kevin Hands shows every side of the artist!