Jameel Patrick – “Crepuscular: The Prelude” – Searching for the light from a dark place

Mainstream music outlets have often dismissed artists because they identify as Christian rappers. Rappers like Lecrae and Andy Mineo have spoken many times on this, stating that it’s a... 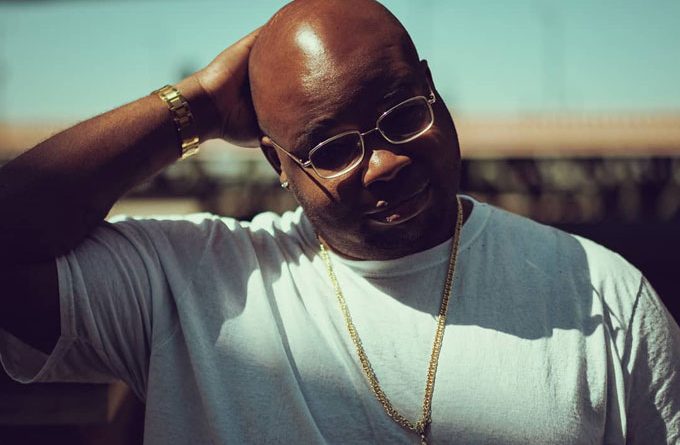 Mainstream music outlets have often dismissed artists because they identify as Christian rappers. Rappers like Lecrae and Andy Mineo have spoken many times on this, stating that it’s a dated label quickly planted on an artist with certain moral values. It’s not like these emcees are reciting bible verses and attacking other beliefs. Right off the bat, you wouldn’t know that “Crepuscular: The Prelude” is a Christian, of faith-based album, due to the many dark moments it carries throughout. Fact is that this is a very real album, and its creator, Jameel Patrick unpacks all of his personal struggles and afflictions, connected with depression and mental health. Patrick’s vulnerability, are part of his appeal, as he proves that the genre of hip hop isn’t inherently chained to superficial subject matter. He also has no qualms talking about sexuality, political issues and social topics.

“Crepuscular: The Prelude” is a rap album with a twist. Most rappers curse so much you wouldn’t want to listen to them for one song let alone a whole album. Jameel Patrick is different. His lyrics are thought-provoking and filled with words which have deep meaning not just rhymes of filth to try to shock you into submission. It is a great album that has strong meaning and a set of clear messages. Patrick also calls on a host of features, who lend ample dynamism and variety to the project. 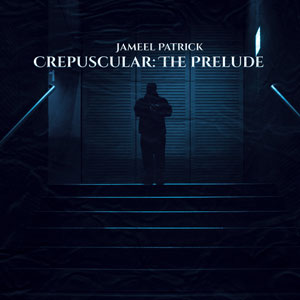 The production is richly layered, to the point of being almost epically cinematic. The album sets a new bar for independent rappers in terms of quality and content. While at the same time Patrick shows us he has an exceptional flow and a gift for conveying emotion through personal experience. Right from the opening track, “When The Lights Go Out”, you can tell that every moment was thought about carefully, and every decision was made intentionally.

“Not impressed” ft. JORDY, is darker and more urgent in its delivery as Patrick turns up the insist button. He continues to run with his hypnotic flow and internal searching on “Desiderium”. “Nocturne” ft. Piano Jane, is a beautiful and haunting instrumental that will capture your attention from the opening notes. It’s an interlude you’d expect to hear on a classical album. On “So Alone” ft. Dylan Colon, its back to the lyrical grindstone: “They say follow your dreams, but I don’t know what my dreams are,” raps Patrick, his distress with life is obvious.

“Psalm 88 (Darkness is my friend)” twists deeper into Jameel Patrick’s mindset and experiences. There is just something very special and unique about Patrick’ style; he tells his stories in such a way that you can’t help but connect with him and want to know more.

“Alone” ft. Zodiac and ReMark introduces full servings of melody and hooks, before Patrick takes further down his rabbit hole of mental complexities on “Nightmare”. You’ll literally feel the need to guard your heart, and game of emotional strength.

Technically and lyrically, “Cogitation” ft. Tony $eeker is a great track that features superb rapping skills and great rhyme schemes. Jameel Patrick has a God given talent to pour his heart and soul into his music, which is what he does on “Reflection After Midnight”, unboxing yet another set of scarred emotions. “Canon in D” offers us another poignant piano interlude, before Patrick closes the album down with a personal prayer, based on the Christian hymn, “Savior, Like a Shepherd Lead Us” ft. Ivie Malton.

The emotional depth of “Crepuscular: The Prelude” is striking and resounding for ears that listen carefully. Each song, and every lyric, shares its views from a retrospective lens. The ambitions are there, the content is profound, and the execution is superb and open to perspective. A job very well done.

Nikea Marie – “I Believe In Me” – a self-empowering anthem!