Miami, FL based singer-songwriter Black MP Well is a one of a kind artist. He specializes in genres such as Dancehall, Afro Music, Afro-Pop, Afro-Fusion, Hip-pop, RnB, and Raga....

Miami, FL based singer-songwriter Black MP Well is a one of a kind artist. He specializes in genres such as Dancehall, Afro Music, Afro-Pop, Afro-Fusion, Hip-pop, RnB, and Raga. Moreover he sings in English, Creole and Spanish. A Haitian musician now residing in the United States, Black MP Well discovered his talents as a young boy, when friends invited him to join their musical group. A year later he migrated to the United States and joined the US Army after graduating from high school.

While in the military he continued to feed his musical passion releasing a number of singles, including “Cherie m Pap Fout Kitew” which dominated night clubs and radio stations and made him a household name in the Haitian Music Industry. Black MP Well then went back to college to pursue a BS in Computer Science, before relaunching his music career in 2018, followed by a series of successful projects.

In 2021 Black MP Well has already released 3 singles – “Hey Beautiful” (January 1st), “Anale” (February 4th), and “I was Sexting You” (April 1st). While August the 4th saw the release of his very latest track, entitled “Cookie”.

“This song came into existence while I was at my home studio, right after I had called my woman to come over. I wrote the song to express how I was madly in love with her,” explains Black MP Well.  “I was thinking like Woow! This woman is always there for me, she never gives me any excuses whenever I wanna see her.”

It’s clear from opening bars that Black MP Well’s outspoken passion flows in the veins of this record more than ever. There’s purring synthesizers, smooth grooves, delicate percussion, and Black MP Well soulfully slithering and sliding through it all, with sassy wordplay, and clever melodic twists.

There’s more understated sensual sizzle in the music than anything else on radio today, as Black MP Well surpasses himself on a track that offers identity, personality, consistency and adventure. 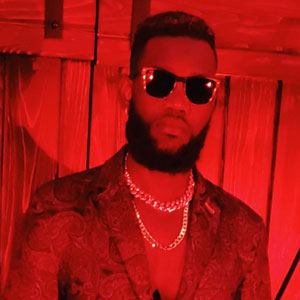 What makes Black MP Well stand out even further than his peers is that he’s not begging or forcing sex. His daily rations are willingly and graciously supplied by a consenting woman who loves and truly understands her man. “No matter where we go, no matter who’s around. If I just wanna to eat that cookie, she never say no,” sings Black MP Well happily. “Out of all these other ladies, she’s just the apple of my eyes. She’s the only one who got the spice. No wonder why I’m losing my mind,” he concludes.

“Cookie” is made both for pop radio airplay, and for real deep personal enjoyment. It shows itself like a body of work that gets unfolded layer after layer with a beautiful story, cool sounds and spotless production quality. Black MP Well is someone looking to make a lasting impression from his music, style, and delivery.

Black MP Well has been setting the bar high with his music in recent years. For someone that has a striking ability to apply himself, “Cookie” is both a grounded, yet sophisticated piece of work. It shows the artist continuing a certified level of excellency in his craft.