He bulldozes through beats, throwing out punchlines and references too fast for you to reasonably keep up. You get the sense that he just walks into a studio, raps... 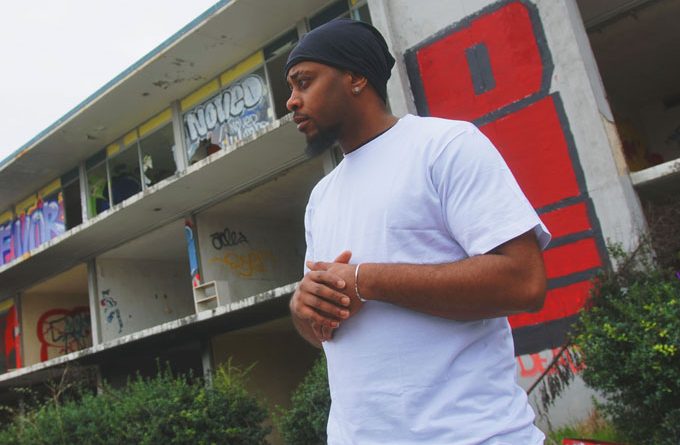 He bulldozes through beats, throwing out punchlines and references too fast for you to reasonably keep up. You get the sense that he just walks into a studio, raps straight off the cuff, and then throws an instrumental under his verses as needed. It’s this wildly spontaneous style that takes advantage of his explosive charisma and catapults him to the very forefront of his songs. No, I’m not talking about DaBaby. I’m talking about the original – Hymaginn. Who’s that? Well Hymaginn (pronounced him again) aka King 13 – born in Texas and raised in GA – is a father of 5 daughters. Besides being a rapper, he has a passion for scriptwriting and acting as well. 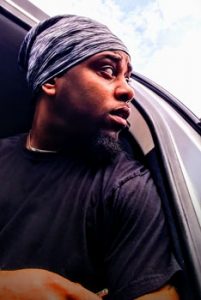 Hymaginn has released the single “Gerber (DaBaby Diss?)” that was created to address popular rapper DaBaby, who is suspected of stealing his rap flow on a recent song. “It’s a fun, humorous track, but not intended for BEEF purposes,” explains Hymaginn.

I proudly h0ld the artist and his sound to a high standard. Not only does he possess that raw, humorous charm, but he is technically equipped to warm the ear, and then set it on fire as soon as he steps up the pace.

In fact, “Gerber (DaBaby Diss?)” produces instant flames, as Hymaginn jumps right into action from the start. His rap ability is instantly and brilliantly showcased. His voice is all round edges and solid cores; he clips his words so that they’re clean and audible, and yet they also seem to run into one another. That’s fine for now, because no one else sounds like him – well except DaBaby that is.

The affinity between DaBaby and Hymaginn on “Gerber (DaBaby Diss?)” makes sense, as they share a hard-edged playfulness and intoxicating way of shout-rapping. This is music designed to get people moving and it does its job perfectly. 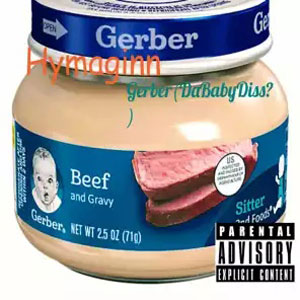 Hymaginn’s schtick is definitely a vibe. His vocal tone is cool to listen to, and his voice is unique enough to stand out. He has an urgent flow that feels natural, and can get in the pocket and make you nod your head wildly.

Moreover, his charisma comes through in his delivery. Over and above the sharp wit and the cheeky theme of the track though, Hymaginn’s foot is also on the gas to prove that he is more than a moment of lyrical fun.

The bass booming beat is great and captures the mood of the track brilliantly as Hymaginn runs through his narrative, with an equal level of swagger. Snugly packed into 3 minutes and 46 seconds, Hymaginn delivers a solid single that gets his message across.

Hymaginn’s combination of clever bars, a brute force delivery, and an undeniable charisma on the mic, gives us an epic template on “Gerber (DaBaby Diss?)”. An interesting aspect will be to see in which direction he takes his talent next. One thing for sure, is that the founder and creator of 4EverSoul Ent. is seriously on the rise.

T-Won Hill is Empowering The Masses!