SniperSB – “Pretty Mami” – ready for both the club and radio scene!

There’s a new sonic landscape present on the party banger “Pretty Mami” as Shad Blanton, better known as SniperSB, steps inside the bouncing basslines and skittering hi-hats with his... 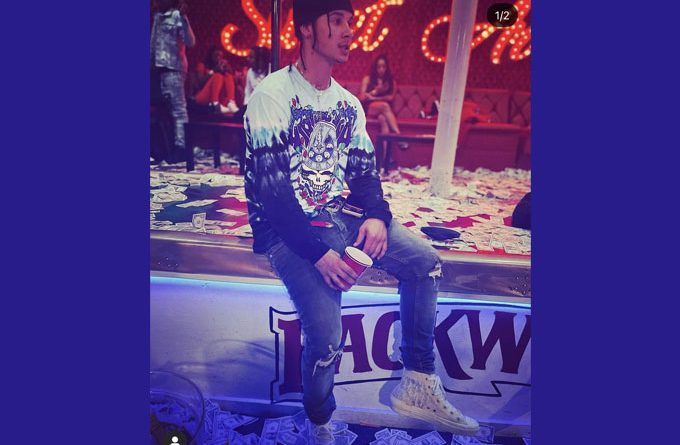 There’s a new sonic landscape present on the party banger “Pretty Mami” as Shad Blanton, better known as SniperSB, steps inside the bouncing basslines and skittering hi-hats with his signature melodically-styled rap. The artist started doing music after getting shot in July 2020 and not being able to walk, offering him plenty of downtime.

The Science Degree college graduate, who achieved deans in both semesters after the accident, is a former scholarship basketful player, turned artist and entrepreneur. SniperSB is also the owner of 333 Lives & Enterprises – a sneaker cleaning/vintage and sports boutique.

Right off the cuff, the atmosphere feels like the beginning of an epic tale, and when the basslines set in, the bang and bounce is infectious. The bass would devour a weaker artist, but SniperSB sounds like he loves any beat that makes him sound like he’s in the center of an energetic groove. His vocal texture is the perfect tone for this melody-filled story as he switches from straight rapping to singing, and back.

SniperSB opens the track singing: “Pretty Mami can I see you shorty. I peeked you at a party, and I don’t want to be here no more. Baby girl let’s go. I think we should just go,” setting the tone and mood for the rest of the song.

Meticulously crafted, the track has plenty of pep in its step. And SniperSB lifts it up even further, with several fresh moves as a vocalist — surprisingly solid and ear-warming. Considering this is his first single, SniperSB never sounds unsure.

SniperSB’s voice is his greatest asset, powerful enough to deliver sonorous hooks, yet delicate enough to bob and weave around a simple piano notes.

The beat he chose is catchy on its own but with the pitch-perfect vocals, it sounds rich and layered, creating new harmonies and dimensions within the music. Getting depth through his deliveries adds to the relatable and personable lyrics, which otherwise are easy to slip by, as the music is so catchy.

A gracious artist, SniperSB shines bright when he grabs center stage, which is almost all of the time on “Pretty Mami”. When he finds perfect balance between his streetwise, lovesick and party vibes, the result is enthralling. As a multifaceted performer, SniperSB is already showing a fair amount of his skillset on his single debut. His versatile voice can at one moment be candied and smooth, and at another urgent and filled with anguish.

On “Pretty Mami”, SniperSB balances these dueling aforementioned elements, and ultimately presents a project ripe with groove, and ready for both the club and radio scene. Overall SniperSB’s melodic flow glistens over the air-tight production, and should put him on the radar of many, as his streaming platform numbers start to rise significantly.

Robert Abernathy – “Voices In My Head EP Vol II” is nothing short of spectacular!