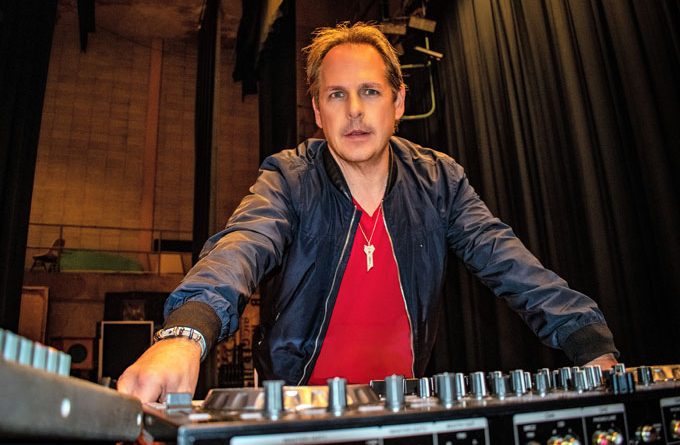 A 25-year music veteran, Anthony Casuccio’s audio production work has been nominated for three Grammy awards, reached gold record status, and placed in various TV shows and commercials. He has remastered various albums for icons such as Johnny Cash, Tony Bennet and Roy Orbison. As band leader and songwriter, producer, and engineer, he led his band A&L to success topping various charts across the world. They had nine top 20 songs on various U.K. Indie music charts, and received radio play in over 70 countries throughout Europe and the USA. The 6 track project, “Emotional Lockdown” is the producer/engineer’s first solo effort in over 20 years. 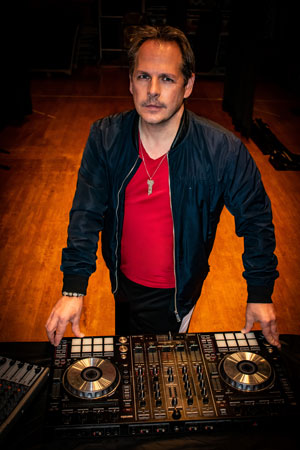 “I am always working on other people’s musical projects. The lockdown gave me the time and mental fortitude to start writing music,” explained Anthony Casuccio, discussing the release of the “Emotional Lockdown” EP.  A guitarist by trade, the EP showcases a new venture for Anthony, and once restrictions were lifted he brought in a selection of premium female talents to complete the tracks, including his favorite vocalist, Cynthia Moore who spent 16 years touring and recording with James Brown until his death in 2006.

Other features include, Robin Grandin, a hall of fame singer who is the mastermind behind the harmonies on ‘Not Alone’ and ‘Love is the Answer’. Laura Aiisha, whose music and performances have uplifted audiences around the US.

Maddie Radwan, a student of Anthony’s at Villa Maria College, who eventually moved to Nashville in 2019 and was trained by Adrienne Gryta, completes the list. All leave their footprints on a concise Pop/Rock/EDM opus that is brilliantly modern yet deliciously nostalgic, a scrumptiously schizophrenic blend that is genius upbeat fun.

The minute I listened to this record in full, I was more than surprised. This one comes way out of left field for me. It didn’t sound anything like what I had expected to hear from Anthony Casuccio. It sounded a whole lot better. “Love Is The Answer (ft. Cynthia Moore)” kicks things off with intense, gut-punching drums, anthemic vocals, and arena-ready, pop-rock inflections. Anthony lays the cherry on top of the track with a fiery guitar solo.

“Not Alone” delivers another rugged, skittering beat which builds into a euphoric rhythm, exploding with energy and excitement. Anthony’s vocals power their way through the arrangement, while his guitar supplies yet another dose of invigorating color.

But here all similarities with Casuccio’s past projects end, as he hurtles into the EDM future with “I Sing To You” (ft. Laura Aiisha). The four to the floor beat slams ferociously under the strain of the resonant synths and the melodic vocal hooks. 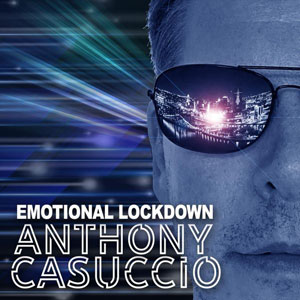 “My Destiny” (ft. Laura Aiisha) unveils not only Anthony Casuccio’s creativity, but his brilliant taste in order to smash these elaborated dancefloor sounds in a pristine and stimulating way. Anthony merges slapping snares, rumbling basslines, and rolling piano chords, to create a track that can buzz in our heads for weeks.

This will cause head-banging mayhem in the clubs. And if you drop “I’m Free” into the mix, then mayhem may not be a powerful enough word. Here Casuccio cuts loose his arranging creativity, aiming to shred your speaker system.

“I Am Drowning” (ft. Maddie Radwan) starts with a mellow mid-tempo beat, and then subtly builds its momentum outward. Pianos and synths abound, under the echoing, swirling vocals. Symptomatically, this song fluctuates greatly in tone and energy throughout, creating a space that is simultaneously very large and very intimate.

The kaleidoscopic textures of the songs, along with the killer vocal collaborations, decidedly add to the magic of this EP, but ultimately, it’s Anthony Casuccio’s songwriting, arranging, and production skills, which gives the record its core brilliance and beauty.

“Emotional Lockdown” is a mix full of masterfully stitched-together musical elements and voices. The project explores new sounds but still highlights Casuccio’s creative spontaneity, resulting in an intensely vibrant and energetic recording. It is a cohesive, immersive listening (and dancing) journey that delivers the full benefit of Anthony Casuccio’s musical genius.

Rd0Dave – “Jerk” is concentrated on lighting up clubs and igniting dancefloors!