Banquer – “Build Cypher Destroy” is a brilliant amalgamation of all his talents!

Banquer is an anonymous artist based out of Kuwait.  He is trying to bring a different wave to the hip-hop scene in an era over saturated with drill and...

Banquer is an anonymous artist based out of Kuwait.  He is trying to bring a different wave to the hip-hop scene in an era over saturated with drill and trap. He is striving to revive conscious rap in a way that’s modern with lots of pop culture referencing, thought provoking lyrics and fresh ideas. His 2022 album is entitled “Build Cypher Destroy”. Banquer’s gift, besides his ability with the pen, is how he makes words rhyme. His flows can switch gears so nimbly, and the wordplay is plentiful enough that it’s easy to grant him the poetic license. His rhymes sound so natural that every song feels like an extension of his soul and mindset. 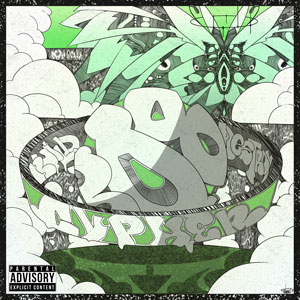 The production is smooth, soulful and shimmering. He lets his instruments slip and slide against each other in rich warmth. Sometimes they are intimate and understated, at other times they’re big, bright and cinematic. On top, Banquer builds personal philosophies from life’s overflowing experiences. All throughout these 13 tracks, Banquer transcends superficial reflection, as his narratives dig deep into each theme, fleshing out his thoughts, and showcasing his lyrical skills.

Right from the opening track, “Il Professore and his Mad Men”, Banquer is able to reach his maximum potential, thriving among the instrumentals. His voice twists and turns with cadence and nuance, as the maturity that runs through so many of these bars captures an artist primed for the bigger leagues. By the time he slides through the atmospheric “Fleetin” and the downtempo chill of “Sate”, it’s safe to say that Banquer has exceeded all expectations.

The thumping “L’ego” and the cinematic “SCL”, shows why Banquer is arguably the best anonymous emcee on the block right now. Banquer key to success is his uncompromised authenticity. He always takes the approach of being candid and true-to-self and never attempts to reel in mainstream listens or commercial glory by pandering to trends. That is clear on both “ABT” and “SNL”, where he unpacks some more vital wordplay and forceful flows. 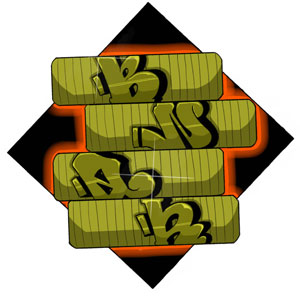 Banquer’s nuanced storytelling reaches an apex on “Index Direct”. Here the rapper’s wordplay and lyricism is sharper than ever. Banquer’s lyrics are comprised of all the true elements an emcee should be able to deliver and his unique flow makes it all the more interesting to listen to. His steady and clear delivery is stunning to witness on “Fake Ape X” and “F’in It”. All the flavors of what makes a rapper of his lane interesting and worth listening to are present here.

“Space Time Shuffle” is urgent and edgy as Banquer picks the momentum and forges a deep dark groove, while going into meticulous detail. His pen game is firing on all cylinders here, as it does on “Final Huddle”. At times addictive and illuminating, the album’s sonic peaks and valleys keeps the listener on his toes, as well as showcasing Banquer’s artistic diversity. His dexterous rhyme craft and considerably potent songwriting keeps flourishing on the album closer, “Hail Mary”.

For those just getting acquainted with this artist based out of Kuwait, this album is an exceptionally well-rounded introduction to who Banquer is, and what he’s truly capable of doing. “Build Cypher Destroy” is a brilliant amalgamation of all the talents residing comfortably in his skillset. It’s safe to say that Banquer’s musical odyssey has only just begun and it will certainly be interesting to see what he’ll come up with in the future, and just where that will lead him.