Ergo,Bria – “Plethora” plays to her strengths!

Ergo,Bria’s ability to effortlessly weave larger than life songs that rival other rock, pop and alternative stars with a fiery delivery make her tracks burst with vigor. The singer... 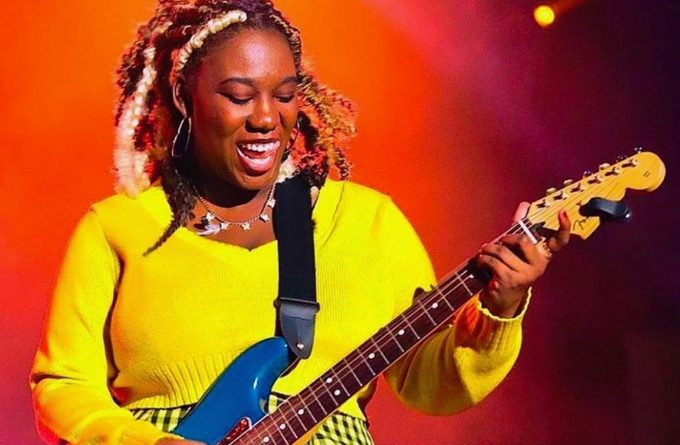 Ergo,Bria’s ability to effortlessly weave larger than life songs that rival other rock, pop and alternative stars with a fiery delivery make her tracks burst with vigor. The singer unwinds typical lyrical attributes that accompany songs of this scale. Her infectious vocal deliveries offer easy to remember lines that can have people dangerously humming along without effort. Its a straightforward, no nonsense approach that serves the purpose of its mission very well. Ergo,Bria’s songs spark new ground as they cross rock’s many vibrant flavors. They also boast powerful choruses from an even mightier voice. 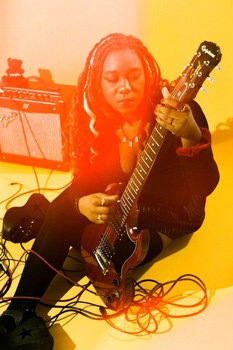 So who is Ergo,Bria? Also known as Bria McCollum, she is a singer-songwriter, multi-instrumentalist, session musician, and producer from Atlanta, Georgia, currently based in Nashville, Tennessee where she recently graduated from Belmont University with a Degree in Songwriting.

Her background as a classical pianist, violist, and violinist sparked the flame that would take her music in a completely different direction. Ergo,Bria is certainly a performer on the rise, and her single “Plethora” proves it.

This record is straight rock n roll fire, and her best work yet. Chugging guitars, a driving rhythm and soaring choruses, carry a sassy-swagger with a whole lot of firepower. That said, Ergo,Bria stills finds a way to keep the song nuanced and catchy, with plenty of singalong sections. “Plethora” kicks ass, there’s no other more eloquent way to put it. Ergo,Bria has a grit to her voice that really pins well against the angst of the lyrical and instrumental content.

“So I’ve been searching for anything with a complexion. To use as a reference. You see she’s not like everyone else, but containing its far too hard. With the subway walls and the tenement halls. Everything falls into place. And I can’t shake this feeling. And it makes my heart go boom into a. A plethora of skin and dust. No. Filled with lust and broken trust. No. A plethora,” sings Ergo,Bria as she unfolds the narrative. There is so much power behind her message and voice that shines through in this song. 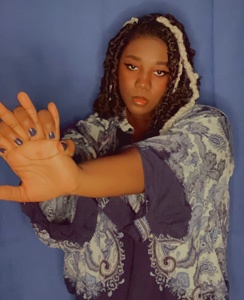 With this single, Ergo,Bria is carving herself into the alt rock niche and proves she can be a force in the current music scene. She shows that she is a perfect fit for the modern, borderless music world that is currently reigning on playlists.

Melding pop, emo and rock elements into her sound, “Plethora” could very well push her forward into the next level. Not only does this track peak the interest of fans, but also shines a light on how dedicated she is to her craft. It’s a brilliantly crafted song from a lyrical perspective, with a wonderfully building performance to go with it.

Musically, “Plethora” follows the genre’s formula for writing rock anthems with big choruses and high-energy verses, topped by superb vocal performances and well-executed guitar work. Ergo,Bria and her backing band are in top shape, playing to their strengths, and bringing their A-game on this studio effort.

Ergo,Bria manages to enhance the entire listening experience with a deft songwriting touch and a surprising sense of melody that belies the bombast. Confident and assured, “Plethora” is the sound of an artist who knows her strengths and her worth, and is playing to them openly.

Luther Monroe – “State Of The Art” – the pinnacle of sophisticated excellence!