Birds Over Arkansas Release “So Much Sky”, A Reminder of Personal Sacrifices

On Stirring “So Much Sky” Single, Americana Prog Rockers Birds Over Arkansas Provide Poignant Reminder of Personal Sacrifices Like Reinhold Rudenberg, the scientist subject of their moving new single... 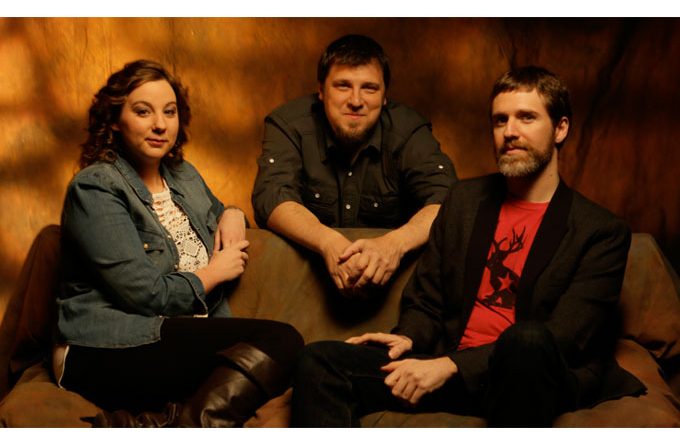 Like Reinhold Rudenberg, the scientist subject of their moving new single So Much Sky, Americana prog rockers Birds Over Arkansas are obsessed with the details of life. Whereas Rudenberg developed the microscope for the purpose of curing polio, New England’s Birds Over Arkansas create beautifully crafted songs such as So Much Sky blending unorthodox song structures, technical progressive rock rhythms, and Americana instrumentation and harmonies. Birds Over Arkansas are credited by Jamsphere with producing “timeless music” that features “outstanding musicianship, resplendent vocals, and a crisp sound.”

According to lead singer Scott Haskitt, So Much Sky is about “human progress; the hardships and perspectives that inspire us to solve problems, and the personal sacrifices that are often necessary in order to achieve something.” While the chorus lyrics juxtapose the act of skygazing with that of internal self-reflection, the verses tell the story of the struggles of Reinhold Rudenberg, a scientist and inventor who was in part responsible for the development of the electron microscope.

Rudenberg’s inspiration for his work was his three-year-old son, who was crippled with polio. His hope for the electron microscope was to help other scientists visualize the polio virus and, in turn, advance research for its eradication. The syncopated, scratchy groove heard in the intro is the sound of the movement of individual atoms, rendered by the Scanning tunneling microscope.

“So Much Sky – another song that is nothing short of beautiful. There’s this sort of beautiful perspective to it that really makes you feel like you’re hearing something brand new. The lyrics make you think differently, and this in turn makes you want to listen again, to dig a little deeper, I suppose – which is fantastic song writing, to say the least.”      Stereo Stickman

“Birds Over Arkansas have a natural talent for making the complex seem simplified…the way their melodies hug you like a comforting friend and always have a way of sounding incredibly inviting to the ear.  This new single is certainly no exception – So Much Sky once again hits the mark of genuine sincerity that truly connects to us as a listening audience.”     Sleeping Bag Studios

“Melodic and with beautiful harmonies, So Much Sky comes across to me as more Americana than prog rock. That the band blend genres or styles as varied as the aforementioned is interesting enough, however I guess in the end it always comes down to the actual song, and in this case its a beauty.”      Beehive Candy

Their 2014 release Behind the Lights is an eclectic mix of sincere lyrics, infectious melodies, and complex rhythmic structures. Notable guest musicians highlighted the record, as David Rhodes (Peter Gabriel) lent his ambient electric guitar style to “The String” and Carter Gravatt (Carbon Leaf) added soaring lead guitar lines to “Comet.”  Aspen Public Radio named another single from Behind the Lights, “Catapult,” one of the sixteen best “Under The Radar” songs of 2014, alongside such notable artists as Jackson Browne and Willie Nelson. Their first single of 2016, “Forgotten Lights,” was featured on Big Fuss Records 2016 Artists to Watch compilation.

More information on Birds Over Arkansas is available on their official website.

To request a review copy of So Much Sky, an interview with the band, or additional information contact Andrea Young: andrea@koralyoung.com