Dobie: “Bambola (Till the end of time)” – awash with uplifting melody

What can I possibly say about Dobie’s recent releases that haven’t already been said? The English language has only so many adjectives, after that you kind of make it...

What can I possibly say about Dobie’s recent releases that haven’t already been said? The English language has only so many adjectives, after that you kind of make it up as you go along. “Bambola (Till the end of time)” is, without question, another great melodic trance effort from Dobie.

He captivates intrigues and moves listeners to new heights with a simple Latin styled guitar melody and a breezy synth backing, pushed forward by a big banging beat. Though half the world is in the middle of winter this is a warm and uplifting track with great summer vibes. In fact it may just be enough to heat up some of those wintery nights. 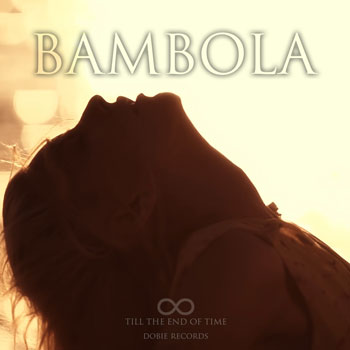 Constantly trying to evolve and entertain electronic fans, Dobie is truly not a prisoner of his own style.  And “Bambola (Till the end of time)” marks yet another distinct point in his career, as the track gives proper insight on the current state of electronic music, and in this particular case, melodic trance.

The various sounds in this track are executed in a way which shows Dobie’s growth and world class talent.  He also shows fans that it’s okay for electronic music to be influenced by other genres as well as have plenty of melody and still be able to stay true to its roots in its entirety.

There is a lot of attention given to composition and songwriting here, as is typical of anything done by Dobie. Gimmicks and image engineering are completely absent, a stark contrast to the surprisingly pervasive dance music with which we have become familiar.

Compared to that category, “Bambola (Till the end of time)” is awash with uplifting emotion, subtle effects, and a careful application of symmetry and music theory. This track really shows how great music can be made in melodic trance, even without the use of vocals.

“Bambola (Till the end of time)”by Dobie contains a balanced mix of a lush melody that harmoniously combines music from the electronica and trance genres. This song is as great for relaxation and pure listening pleasure as it is for dancing to – which is almost a constant trait of Dobie’s compositions. Dobie continues to make great music and this latest track only builds on the quality of production he’s been turning out.