The Tahoes: “Breakout” – staying true to their roots 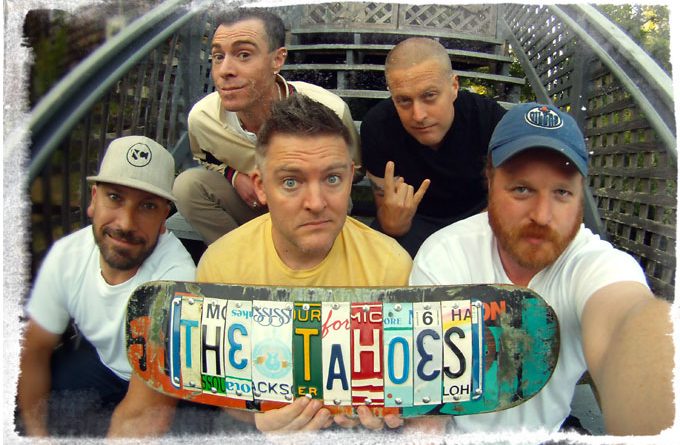 Reggae-rock band The Tahoes is made up of Glenn Sauber [Lead Vocals], Joshua Bluegreen-Cripps [Trumpet], Darren Thompson [Vocals, Guitar], Joel Gieseker [Bass], & Micah Stoufer [Drums]. They’ve played for huge crowds at the Sonoma County Fair, the Booneville Beer Festival, The Sonoma County Harvest fair and have opened for national touring artists The Mad Caddies, Fishbone and The Aggrolites. The Tahoes is one of those bands that just hit you. They write great music, with smart sharp-witted lyrics that can help give you a better insight into things. The opening verse of their new single, “Breakout”, is a prime example: “there are saints who are sinners / there are tens who are zeros / cops aren’t all saviors or villains / not all soldiers are heroes.” 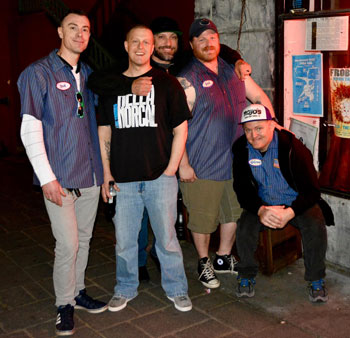 The Tahoes aren’t attempting to become the next innovator of music, instead they have a simple idea and execute it perfectly and it is prominent from the start. This is a genre that used to be dominated by Sublime in the 90’s, and just about abandoned and left to its own doings today.

Thank heavens there still are a handful of bands like The Tahoes able to keep the genre-flag flying. “Breakout” as is an instantly likeable track. It excels in the fact that this type of music is made to be easy on the ears. Fans of Sublime or anyone into the Reggae/Rock genre will find this track instantly at home with their taste. Just sit back, relax, and drift away.

Like the bands before them, The Tahoes have satisfied the West Coast and the world’s need for psychedelic, bluesy, soulful, rock with a heavy hint of island reggae and ska. The driving rhythm, and groovy bass line are staples as the group pour some melody and energy into “Breakout”.

The structure and delivery are, as to be expected, top-notch. It has taken a few listens to really get the gears going, but once moving, the track will really start to make sense. The band obviously has a vision and they are nailing it here.

Since the Rasta vibration broke out in 1976, the roots reggae to dub, dancehall, rock, ska and various fusions of reggae music has been hot on the West Coast. The number of bands drawn by the ‘good vibes’ inclination of roots reggae and it’s sub-genres in California is far superior than almost any other place in the world I can think of, outside of Jamaica.

Yet for whatever reason, a look at the current mainstream world charts tell us that the crossover Cali sound has a harder time than the regular ska, punk, reggae, rap, rock vibes in making it outside of the West coast region or the national circuit of the United States. Which is a shame because it impedes band’s like The Tahoes to achieve the world fame they deserve.

The Tahoes have a predisposition for being crowd-pleasers, as they bring so many fused styles to the table that most people could find something they liked. The band sound at their best on “Breakout” as they find the balance between all their influences.

The Tahoes have created a soundtrack to complement their quest for excellence, and prove that hard work, perseverance and staying true to their roots is their path to creating genre-bending music with integrity.

Trae Byrnes: “Why You So LOUD” – a sonic beast!

Palantris: “Sails” takes you on a journey to a higher place