Reggae guitarist, singer and songwriter Jahmings Maccow has rose from the quiet island of Anguilla, to the ruff ghettos of South Bronx, to become one of New York City... 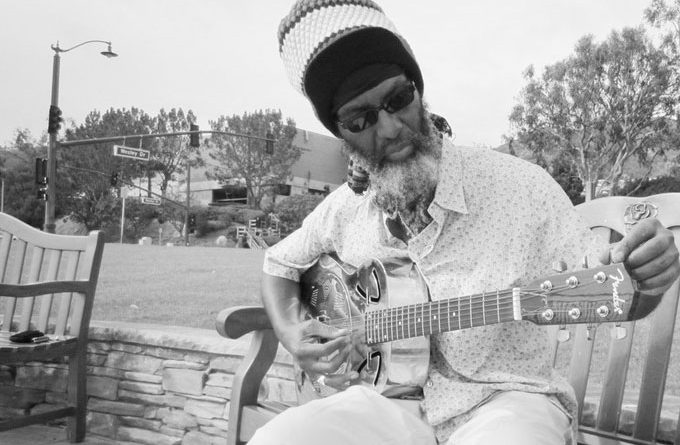 Reggae guitarist, singer and songwriter Jahmings Maccow has rose from the quiet island of Anguilla, to the ruff ghettos of South Bronx, to become one of New York City toughest reggae acts during the 80’s, with bands like Catch-A-Fire and The Enforcers. Since that time Jahmings Maccow has branched out to become more of a Rhythm & Blues, Rock Guitar Player and a more polished Songwriter without losing his ancestral roots or the flavors of his musical legacy. From his upcoming EP “Journey”, Jahmings has released the title track as a teaser. 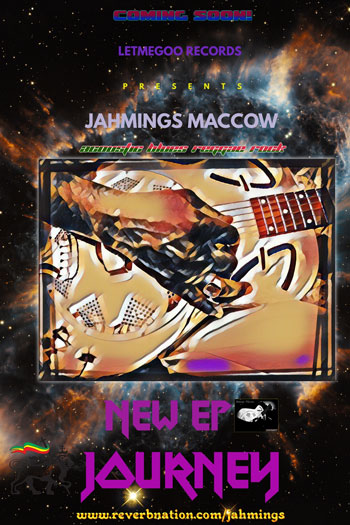 “Journey” is one of the acoustic tracks included on the EP, alongside another two more acoustic cuts. This is definitely a track for the lovers. Lovers of raw reggae power that is, without the electric rhythms.

So, if you have acquired or listened to other originals by Jahmings Maccow and fell in love with the lyrical prowess and musical ability of this artist, and want to hear what he sounds like stripped of all the frills, here it is.

Now comes the acoustic slant, which captures the root of Jahmings’ vibe. “Journey” is passionate, powerful and raw. It will remind you of live concert appearances, and specifically highlights the vocal range of Jahmings Maccow as well as his lyrical power.

Such a well-rounded musical pedigree and obvious cross-over potential were unlikely to result in a straight-up reggae track, instead, “Journey” is a visceral blend of blues, folk and reggae. The production has all the polish you’d expect from such an experienced studio man, though minimal in music, the track has layered harmonies to back Jahmings’ lead vocal.

His singing has a cool precision that is all his own, and harks back to the more organic mid 90s sounds of its American antecedent. Retrospective and reflective, “Journey” is a more than competent release; the work of an artist with one foot in the past but his eyes on the future. It shows an artist who is versatile and has a borderless vision of his craft.

I am admittedly a big fan of Jahmings Maccow. His performances are so uplifting and heart opening. I could not write a bad review about this man, even in the worst of moods. For a while now, he’s lifted my spirit and reminded me of the love and rhythm in life.

“Journey” is still inspiring, still uplifting but with less ‘musical aggression’- it’s different to his other art…but with the same qualities. There’s hardly anybody like Jahmings around anymore. This is a one of a kind artist.

“Beyond Reason” propels Dany M back into recording life!