When creating music, chasing a muse, for a band wanting to achieve their own musical progression is essential. But in heavily guarded genres like metal and its niche subsidiaries,... 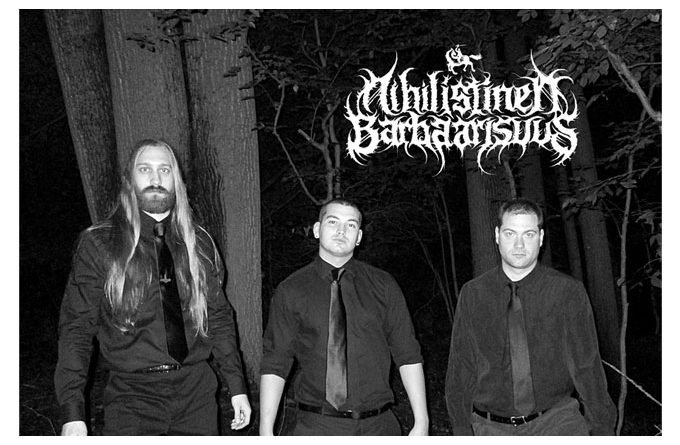 When creating music, chasing a muse, for a band wanting to achieve their own musical progression is essential. But in heavily guarded genres like metal and its niche subsidiaries, it’s also quite treacherous, as evolutionary leaps into the unknown may not always land into the listener’s comfort zone; a project will either rise and soar or crash and burn, depending on the level of exposure of the band, the execution of the expression, and whether the evolution in sound is gradual or instantaneous. However, the band’s unyielding drive to pursue their aspirations, coupled with the required technical ability to accomplish what they’ve set out to achieve beyond the need for monetary success or the restrictions fans place upon them, can produce greatness once the intent behind the vision is pure. The EP ‘Madness Incarnate’ by Nihilistinen Barbaarisuus is confirmation of artistic success borne from purity of vision – it is a progressive black metal album of impeccable scope and execution, created by a band who are reaching toward the pinnacle of self-actualization through music.

Nihilistinen Barbaarisuus is an ambient black metal act from Philadelphia, PA. It was co-founded by American/Finnish dual-citizen Mika Mage and Manuel Rodriguez in 2012, and has since put out a self-titled promo, a LP ‘Synkkä Tuuli’ (Finnish for “Grim Wind”) on Horror Pain Gore Death Productions, an EP ‘Väinämöinen’ and LP ‘The Child Must Die’ on Infernal Kommando Records, plus a single ‘Immaculate Deconception’ on Depressive Illusions Records.

Mika Mage has meticulously focused on crafting melodics and layering harmonics, for this EP, without ever shortchanging on brutal or doom metal influences. His greater use of blending all of these elements, works to create various emotional responses. In fact Mage has expertly crafted songs with endless well-refined melodic phrases, underlying the ferocious growling vocals, which become timeless. These elements are no less brilliant than the fundamental harshness of the genre which only becomes stronger and more evident as the melodic embellishments contrast the focus of Nihilistinen Barbaarisuus’ thunderous core style.

From the opening track, “Traversing the Frozen North” [vocals by Gary Hadden], this album has its pristine moments as well as its dark, more sinister parts, which altogether create amazing contrasts.  Nihilistinen Barbaarisuus continue this wonderfully colorful and varied EP with the title track, “Madness Incarnate” [vocals by Joel Robert Thompson], a heavy, progressive track that manages to be downright catchy at the same time.

Now catchy and this genre are not words that normally go together, but I challenge the listener not to walk away humming the repeating guitar and bass riffs underlying the vocals on this track. And if you thought those riffs were hypnotic then you will be absolutely captivated by the thick and layered hummable guitars on “Virgin Essence” [vocals by James Dorton].

Stagnation is not an option with this band, hence “Immaculate Deconception” [vocals by Gary Hadden], sees them dig deeper into the harshness of the genre as well as the melodic elements they have injected into this EP. The drumming is thunderous here, as the music switches through its ever evolving tones. The EP closer, “Comte-Sponville (acoustic)” is smothered in wall to wall strings and represents the lightest track in the collection.

All-round, “Madness Incarnate” is, simply put, Nihilistinen Barbaarisuus’ finest recording to date. It is moody, dark, and often mysterious, with its cover art reflecting its true nature perfectly. Mika Mage and his crew of cohorts take the listener along paths that are familiar, as well as through vistas completely untraveled. In doing so, he reminds the progressive metal world why Nihilistinen Barbaarisuus are setting the standards from the underground, and why they are aiming to sit upon the throne of the genre in the foreseeable future.

SharaLee: “You Can’t Stop Me” – a perfect fusion of words, music and vocal expression