Purejoypeople is Rob Hau and Pure Joy from Las Vegas, Nevada. The duo have an Octopus as their mascot, describing it as incredibly intelligent and mysterious, and able to... 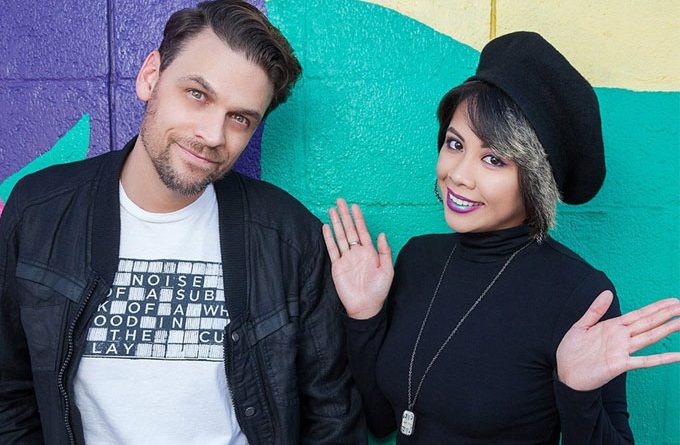 Purejoypeople is Rob Hau and Pure Joy from Las Vegas, Nevada. The duo have an Octopus as their mascot, describing it as incredibly intelligent and mysterious, and able to adapt to its environment like no other creature. “The eight legs,” says Purejoypeople, “symbolize the multiple styles of music we write and perform.” Inspired by a variety of music by artists such as 21 pilots, MC Rut, Black Keys, White Stripes, Royal Blood, Phantogram, K Flay and Awolnation, among many others, the duo are set to drop their brand new EP –  “Southern Part of Heaven”. I love this duo, in so many ways and for so many reasons.

I was intrigued by the way they mix in beats from edgy urban sounds, and when you listen carefully you can really pick up on that even though the vibe is rock and soul. The sound and lyrics are very original, in a world of carbon-copy give-me-a-fast-hit songs. The most amazing thing I have discovered only recently is the depth and versatility of the sound.

If you turn the bass all the way up, you have one style and sound in the songs, but if you put the bass on half and turn the treble all the way up, it is a completely different experience.  Not ‘fuller’ or ‘thinner’…a completely different experience! Now that is an accomplishment worth noting. No doubt, as I have already established on their previous release, Purejoypeople is the real thing: a duo creating high art in a world that sometimes seems to have sold its artistic soul. 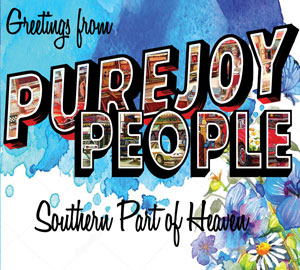 The Las Vegas duo’s sound has always been a pastiche, blending scraps of rock, electro, indie, neo-soul, urban and alternative flavors, and here they build some truly mesmerizing songs by allowing these components to exist separately within the same track. They are able to craft sleek, cerebral tunes, and it’s clear they are having a blast doing it.

The amount of care Purejoypeople gives to their arrangements, the subtle and successful blending of influences, and above all, the high quality of the songs and performances, mean that “Southern Part of Heaven” is a success on its own terms…even before you press play.

Thank god they are dedicated to something more than catchy singles. They are establishing a trend on their records of sharpening their music with pristine production and multi-layered instrumentation. Hear the way this record drops into the opening of “Satisfied” – the lush harmonies, the rich brass, the shimmering guitars.

The way Pure Joy’s vocals really shine on this track, is something not to be overlooked. She is nothing short of stunning, reminding me of the soulful, husky tones Josh Stone flaunted on her earlier recordings. Of course anybody who puts a George Carlin sample into a song has already won me over, but even without it, “Pride” is another stunner, where Pure Joy is able to run her voice up and down her immense vocal range, manifesting all the class she possesses.

Purejoypeople seem dead set on mixing stadium-filling adlibs to sweet melodic verses and their signature brand of intoxicating soul-stirring choruses, on the adrenaline-filled cry of “Too Much On The Brain”.  But the duo have left the best for last. The beautiful EP closer “Pure Joy” moves gracefully from fever-pitched soul to impassioned power-pop, making this a track worthy of a deep emotional investment.

There are just piles of good music and vocals plastered throughout this EP, with a depth of rich songwriting prowess masked behind the captivating style of each song. “Southern Part of Heaven” is already on my Top 3 shortlist of best indie records of the year. Who knows where it will be in a month’s time when I finalize that chart!

Han Sino & Parth Patadiya: “A Murder In Me: The SCoRe” – lean and muscular