I’m not inclined to make a quick judgement on any new music by an artist I like, so I’ve waited until after I saw the new video “Yoga Pants”...
by Staff November 28, 2017

I’m not inclined to make a quick judgement on any new music by an artist I like, so I’ve waited until after I saw the new video “Yoga Pants” by Weston Simonis. As far as the recording in general – I wasn’t disappointed, it’s a very good, solid rock recording. This guy is smart – he is establishing and satisfying a wide fan base, and appealing to possibly the most unique demographic of any current underground rock performer. This is not an alternative rocker selling out – it’s someone establishing a solid base to take off from. 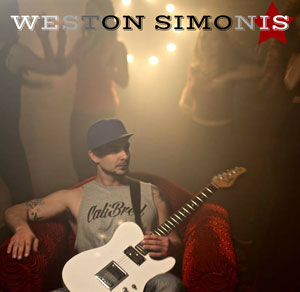 “Yoga Pants” absolutely confirmed that and why I was willing to support this guy from the beginning. What seems to be happening is that he is subtly tweaking his songs toward a clever mainstream, but still alternative sound.

Being able to experiment with his songs, altering the sound, deepening the meaning, shows his strength as a performer and artist. With more freedom Weston is stretching way beyond the mainstream sound, yet still remaining extremely accessible.

The play on sexual innuendo in “Yoga Pants”, injects the song with an infinity of double entendre, as it takes a look at a guy alone in a yoga class, filled with women in skimpy yoga wear. In fact it’s pretty hard concentrating on the music while watching this video. 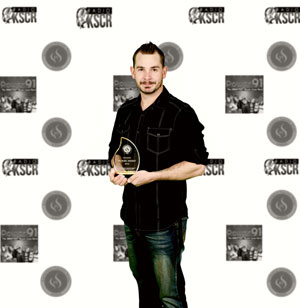 Based on his earlier releases I was not surprised that this new single is as great as it is. Weston Simonis worked hard on both the song and the video and richly deserves every bit of praise he is getting – and will get – as more and more people become aware of this bright tongue cheek composition.

There was no doubt in my mind “Yoga Pants” was going to rise to the top and deliver. And – of course – it goes far beyond our expectations – even for those of us who knew it would be great! Weston Simonis is a true artist and rock professional. There is no doubt – with his magnificently blessed songwriting and enormously charismatic persona that he will be a talent to be reckoned with as he moves ahead with his career.

His creativity is mind-blowing. His music is outstanding. His guitar playing is on fire. And now he has added a sharp presence and charisma that is incredibly engaging in a video that exudes both vulnerability and sexuality beyond comprehension. He is the real thing – something that those of us who love rock and roll have been longing for. Weston Simonis has, in fact, got it all. He is the man of the moment.

“Smokers Section (Where It At)”puts Five Drexler squarely onto the scene!