Jah Movement: “To You I Pray” – extremely accomplished musically!

Founded in May of 2015, the Jah Movement Reggae Band has established a well-known name and reputation throughout Florida. Some of their accolades include being a winner of Creative... 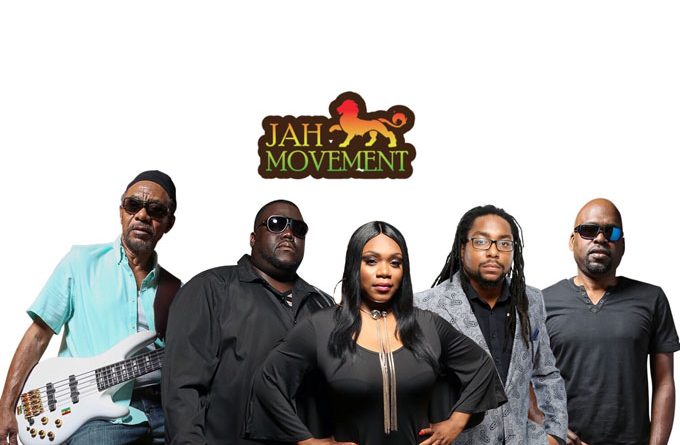 Founded in May of 2015, the Jah Movement Reggae Band has established a well-known name and reputation throughout Florida. Some of their accolades include being a winner of Creative Loafing’s 2016 Best Reggae Band in the Florida Tampa Bay Area, Runner-Up of Creative Loafing’s of 2017 Best Reggae Band in the Florida Tampa Bay Area, in 2016 and 2017 2nd place winners of Sarasota Herald-Tribunes Best Local Entertainment. JMRB has also had the opportunity to open for many popular reggae artists like Ky-Mani Marley, Inner Circle, and Black Uhuru, among others. The band is fronted by Damie Caines former lead vocalist of popular band ‘Democracy’, and also showcase the singing talents of female vocalist Shantel Norman. The band released its debut EP “The Movement”, in 2016, and are now back with a brand new single, entitled, “To You I Pray”.

“To You I Pray” is pure magic. It is a purifying journey into the depths of your soul, one that brings you as close to the essence of life as music could ever do. Once the music sets in, your head is no longer where your feet are. 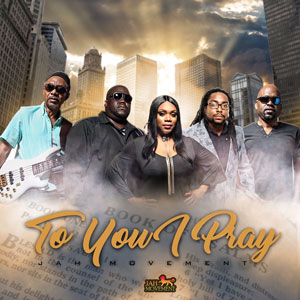 You are free of material chains, and the world’s antagonisms simply forgotten for a moment, while your mind travels in search of a higher spirituality. What is exceedingly impressive with this single is the overall fullness and depth heard in all of its arrangement, touching on every point of the frequency spectrum.

Jah Movement Reggae Band is all about roots reggae at its core, and this song shows exactly that. Slow bass-driven rhythms with punctuating keyboards and beautiful backing vocals. What really gives the dynamic is Damie Caines’ voice coupled with the instrumental and the support of Shantel Norman’ smooth vocal flow.

One without the other wouldn’t work. Both Damie and Shantel’s vocals are pretty specific to them. Their vocals are more than just voices, they use them like instruments to give color, mood, and even more rhythm to the song.

These of course, are not the only outstanding performances on this single, the instruments are played perfectly. With this track you are gifted with lots of great keyboards from Fred Adams, bass by Danny Miller, and drums by John Tip-Money Walker.

There are very few modern reggae bands today that display such crisp fullness in their sound, while brilliantly utilizing their instruments, without ever sounding overwhelming. “To You I Pray” is a full four minutes plus of alluring ear candy that showcases a sense of classic musical aesthetics with renewed energy.

The Jah Movement Reggae Band’s greatest trick is to preserve the roots reggae tradition while introducing a modern sonic twist. And that’s the real beauty of “To You I Pray”: it is extremely accomplished musically, but immensely catchy to ear as well. This harmonically beautiful song establishes JMRB as a band made up of exceptional players and singers. Their message of positivity and living a life of meaning comes through loud and clear.

Force Reaction: “Equal and Opposite” – craftsmen of highly conceptualized music!