Hailing from the landscapes of Little Rock, Arkansas, USA. Illusionaut has been described as space rock with progressive tendencies. Influenced by the likes of Pink Floyd, The Cure, Failure,... 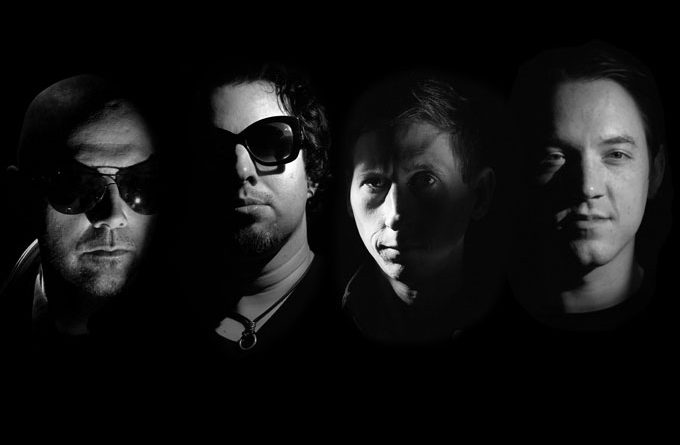 Hailing from the landscapes of Little Rock, Arkansas, USA. Illusionaut has been described as space rock with progressive tendencies. Influenced by the likes of Pink Floyd, The Cure, Failure, Jane’s Addiction, Björk, and Mogwai, among others, Illusionaut’s latest album “Snow Queen”, was produced and engineered by Darian Stribling, and mastered by Ken Andrews of influential group, Failure. Ken has worked with acts such as Nine Inch Nails, A Perfect Circle, Stone Temple Pilots, Tenacious D, Black Rebel Motorcycle Club, and Beck. Illusionaut’s album was released on vinyl and all major digital stores on 4/20 of 2018. They are currently playing shows in the U.S. and are planning a European tour for 2019. Illusionaut are so immersed in all the elements of space-rock and psychedelia, and have integrated it so well into their music and character, that it makes the music on “Snow Queen” practically sound timeless. It is the essence of creative rock in all its shapes or forms. 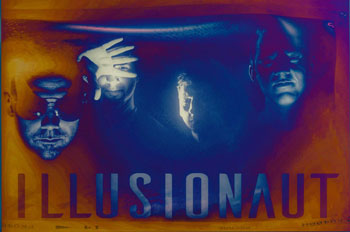 They’ve come up with an incredible combination of styles. For a band to create rocking, beautiful, energetic, dark, dynamic, trippy, uplifting, and relaxing moods while always sounding unique is as much as anyone could achieve. The raw power and talent from each one of these guys is inspiring.

The guitarist, Derek Reed, is a true master of tone and effects, he uses a wide range of textures, his riffs are unique and interesting and solos are tasteful. Jerry Vigil Cordova’s bass complements everything perfectly, and with great timing and thrust, never merely following along.

The drums played by Logan Kennedy are always interesting, explosive, and further expanding the wide range of intensity in these songs. Ryan Cook on vocals wraps up the package neatly with his luscious timbre and outreaching cords. The album flows very well and may be best enjoyed as a full set.

Illusionaut has done plenty to differentiate itself from its contemporaries and peers, preferring to hone in on the art of a well-crafted five minute songs without sacrificing complex songwriting. Instrumentally, the band is tasteful in enhancing the themes of the album without giving way to proggy excess. The intricate rhythmic designs are impressive yet subtle.

From the moment you press play on the opening title track, “Snow Queen”,  a good deal of these song on the album, operate on a soft-to-heavy build, with calm verses giving way to bombastic choruses that unfurl into climactic bridges. All the time, the band never cruises on autopilot, easy as it would be to do. 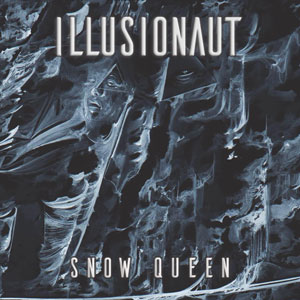 Each of the songs utilize the band’s penchant for lush instrumentation to full effect, often creating a mood and atmosphere that builds into a goose-bump raising climax, which is what happens on “Take Me To The Edge” where the vocals soar into infinity.

The band strikes a great balance between softer moments and more driving tunes. Furthermore, they write melodies that are among the most haunting and mystical of the year, and can be heard on both “Glue Trap” and “Hypnotize” which have been receiving airplay.

Illusionaut pride themselves on their compositional mastery and performing dynamicity, and it is these nuances that come to the fore on “Keep Running”, “Tell Tale” and “Illusion”. The former cut, once again showing off the premier skills of vocalist Ryan Cook and drummer Logan Kennedy.

The more sensitive, softer underbelly of Illusionaut is uncovered in “Spinning inside” and “To Start New”. The band has time to stretch itself out and create chilling soundscapes, led by rolling basslines, and Reed exploring both ends of his guitar, with Kennedy giving us some deliciously varied drum fills. These are serious, gorgeous, and progressive pieces of music.

This album reveals the band’s skill in balancing individually accessible tracks with a larger emotive concept. Illusionaut is a band to watch out for, and not because it fills the void left by their legendary peers. These guys are forging their own musical path, and though they still have a lot on the road ahead of them, “Snow Queen” is a definitive memento of where they are right now.

ToffoBean: “Afternoons in a warm embrace” – one luxurious aural experience!