Maini Sorri: ‘You Are On My Mind’ complements Maini’s seasoned voice

Maini Sorri’s album ‘Bring Me Home’ was released only a month ago, yet she is back at work, and released a brand new single, entitled ‘You Are On My... 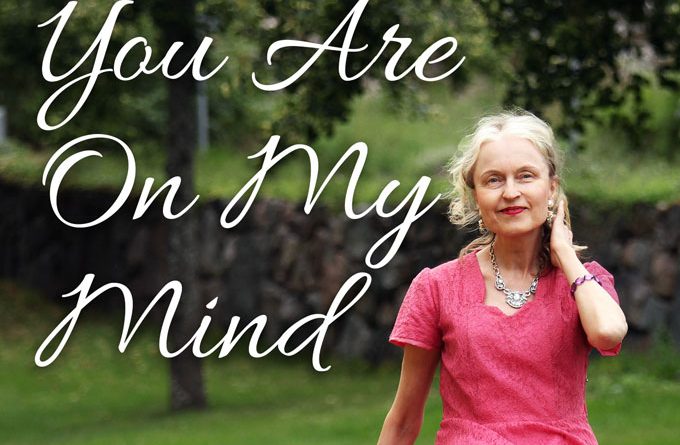 Maini Sorri’s album ‘Bring Me Home’ was released only a month ago, yet she is back at work, and released a brand new single, entitled ‘You Are On My Mind’. The rushed release is due to the fact that on November 3rd people in Sweden celebrate All Saints’ Day, and also during the Christmas period people often long for relatives and friends that have passed away. The song is a collaborative effort by lyricist Barbro Norberg, music composer Maini Sorri, who also sings the song, and instrumental maker Jaakko Viitala. The track deals with Norberg’s sense of loss and longing after her dad’s passing away. The song is released via Reya Music in Sweden, while an accompanying video for the song, was produced by Meshack Ndubi from Kenya.  If you’re looking for songs with lots of emotional depth and substance, this is the track for you.

The slight instrumental variation and downplay of typical radio single conventions on ‘You Are On My Mind’ complements Maini’s seasoned voice, which can straddle range with ease. This doesn’t sound like some teen diva throwing her journal entries into a blender and hitting the record button.

It’s a track by a mature woman who has mastered expressing vulnerability and celebrating emotions without sounding predictable or highly-strung. The track, complete with infectious guitar strums and an indie-inspired vocal delivery, is a truly expressive song that demonstrates Maini’s flair for adding a little something extra to her heartfelt anthems.

Maini Sorri’s narrative skills in communicating Barbro Norberg eloquent words is refreshing, and surprisingly sincere. Had it been sung by some emerging star, it may have sounded hollow or disingenuous. Luckily, Maini’s atmospheric voice and artistic prowess make it a song that rings truer than most.

While loss and longing are certainly well-trodden topics, there is something very organic and palpable about ‘You Are On My Mind’ that clearly comes from experience. Maini shows remarkable artistic vision by taking conventional music standards and adding enough vocal ambiance to keep it fresh and expressive.

Today’s music fans expect artists to deliver vocals with immense technical proficiency. They expect artists to reach a wide range of notes without sacrificing power. However, impressive technical talent is merely a prerequisite for competing in today’s world of mainstream music.

True greatness, instead, stems from the voice behind the vocals. A voice that has real world experiences to lean on, and is not lacking in emotion and identity. Elements which combine to give meaning to vocals. This ultimately is what Maini Sorri brings to the music and lyrics in ‘You Are On My Mind’.

Decidedly focused in construct and rich in personality, ‘You Are On My Mind’ provides Maini Sorri’s with another opportunity to consolidate her identity and leave her own mark on the story-line.  With a refreshing sense of honesty, tremendous musical instincts and an alluring vocal tone, Maini’s connection to the music is an authentic one.

MORE ABOUT: Maini Sorri is a Swedish-Finnish singer, musician and songwriter living in Sweden who has composed music since she was 8 years old. She has studied song, piano and music theory and is a Bachelor of Arts. She has recorded her own songs and performed them in concerts and on radio and Swedish TV. Maini’s discography contains 5 albums, 3 extended plays and 20 singles, the new single ‘You Are On My Mind’ included.