The Lost Music of 1970’s Hollywood 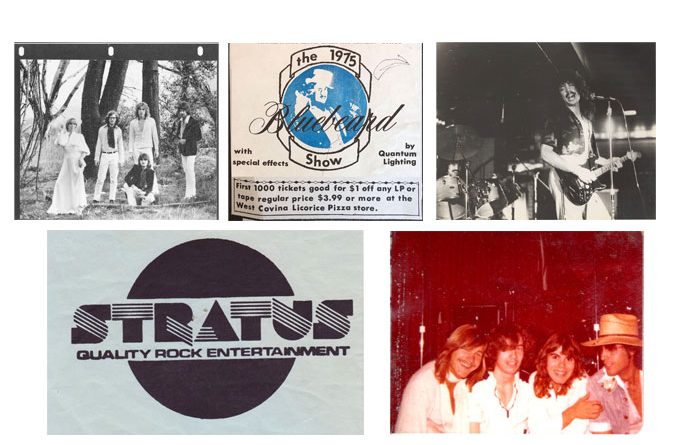 What if I told you that between 1975 and 1980…there were Hollywood bands who played to crowds as big as 6,000 people,  threw wild house parties on multiple acre lots, sold out the Whisky and The Troubadour, and  were on the same bill as Van Halen and Quiet Riot as they rose to fame…but, they never got around to releasing their reel-to-reels?  What if I told you that a lot of these members have passed away, but their reel-to-reels are sitting in storage, at times kept by their #1 fan, guitar tech, or siblings?  Well, that is the case, and now is the last opportunity to find their music and digitize it for future fans.  Here are four bands that deserve to have their early music released: 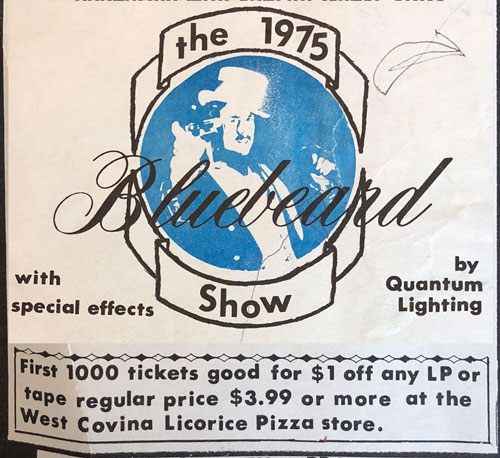 Bluebeard started in 1972, by 1975 they were selling out the San Gabriel Civic which holds 1,397 attendees, and by 1979 they were headlining the Whisky on Weekends, released their debut album to record sales of 20,000, and had several major record labels looking to sign them. Founding member Vincent Bitetti (who manages the Facebook page “The Worldwide Story of Bluebeard”) has an entire unreleased Studio Album from 1975, as well as High School demos from 1972. He is working on a book about the band and is planning to release his music some time in the future. 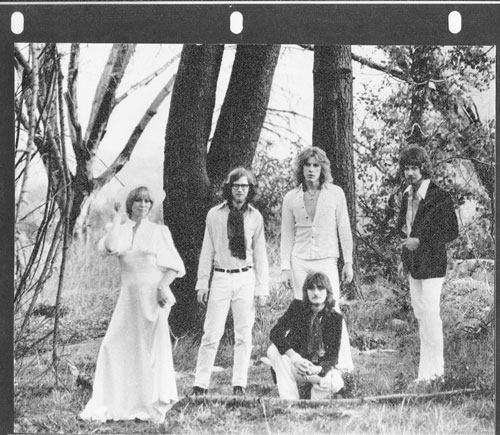 Founded in 1975 as “Avante-Gard”, changing to “English” in 1976, before finally settling with “Angeles” in mid-1977, this band achieved cult-status by spreading out nearly 30 different cassettes of demos between 1976-1982. They would go on to co-headline with Motley Crue at the Troubadour in April 1981, open for Motorhead at the Reseda Country Club June 1981, as well as open for Bon Jovi in 1984. Angeles has about five full albums of material since when they started in 1975 to their Mystic Records label debut of “We’re No Angels” in 1984.  All unreleased. 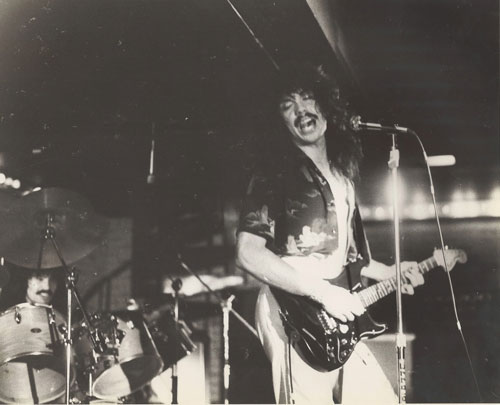 Blazze was a power-trio from Sylmar, who were active from 1972-1981.  After eight years of Backyard Parties, on October 4th, 1980, Blazze played their biggest concert ever: The Fall Rock Festival to a full 6,000 attendees. Band leader, Larry Herrera, passed away in 2013 without Blazze ever having a proper release, however we know a few copies of studio songs exist spread between friends and family. Larry Herrera (guitar and vocals) – Mark Herrera (drums) – Mark Keller (bass).  Larry and Mark are unrelated, despite the same surname. 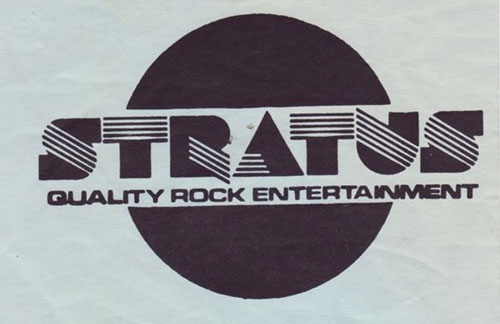 Stratus (1976-1982) played a lot of the old roadhouses out Pomona way: Walter Mittys, The Connection, and the Image; eventually finding larger audiences at Gazzarri’s and the Starwood.  Several members went on to join more promient bands in the 80’s.  At their height, they had a 1,500 person mailing list, as well as 4-nights in a row concert performances at The Connection in Pomona. While no recordings were ever released, it is believed that some band members still have reel-to-reels/cassettes of an unreleased EP. 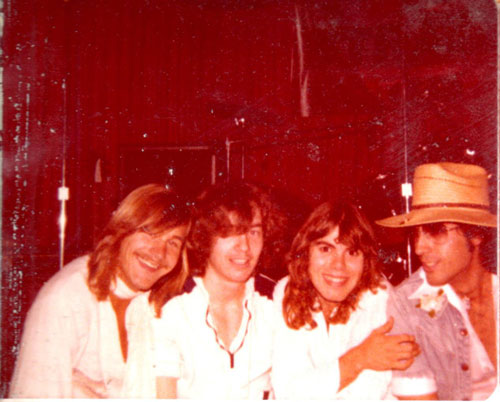