Baton Rouge, Louisiana native Dutty Devioso has been in the game for over twenty years. Signed to Groove Control Entertainment since the nineties, Dutty is currently prepping the launch... 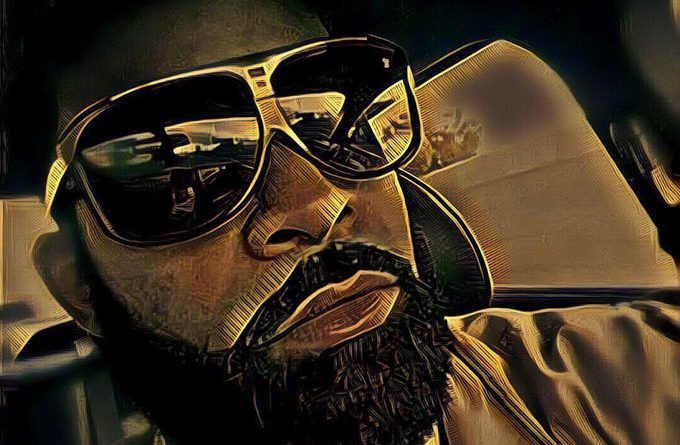 Baton Rouge, Louisiana native Dutty Devioso has been in the game for over twenty years. Signed to Groove Control Entertainment since the nineties, Dutty is currently prepping the launch of D-TV—which will stream live shows, freestyles, hot topics, and more. In the meantime he has dropped his latest project musical project entitled “Precipice”. People may not realize it now but this is definitely a legendary sounding album. It’s consistently good throughout and there are no two tracks sound alike. Dutty definitely encompassed all of the best sounds that have come out of southern rap in the last 20 years or so, and blended them into 16 knockout tracks. The thing that took me by surprise was how personal Dutty got with this album, he took some tracks to look very deeply into himself, as well as his surroundings, and delivered some very solid tracks. 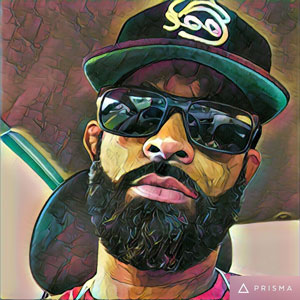 The tracks are excellently produced, and flow very well. Dutty stays lyrical on all tunes, and didn’t sell out on any, which says a lot for modern rap artists. Dutty Devioso used his skills to their full ability which makes him able to hold his own with some of the heavy weights. If you love rap, especially southern rap, you have to grab a copy of this.

The general feeling is that we are fortunate to hear Dutty in a state where he feels so sure of himself as a lyricist, a musician, and as an artist. “Precipice” is an impressive manifesto, with scathing rhymes, voracious energy, and bombastic production that leaves no room for misinterpretation: Dutty isn’t playing around this time.

From the moment he opens the album with “Praise the Lord & Pass the Ammo”, Dutty Devioso goes hard lyrically, knocking the stuffing out of police brutality. Moving forward, he never lets up. “EZ” ft. Rep maintains the intense momentum, and the hard-nosed conscious lyrics, riding on a beat that bangs with a vengeance.

“Relax Relate Repent”, slows down the tempo but not the ferocious intensity Dutty puts into his rhymes. His deft ability to combine fearless braggadocio, profound introspection, and religious humility into a single commanding force makes him stand out in an industry threatening to lose itself within the swirl of its own shallowness.

Throughout all of the project, Dutty Devioso proves himself an artist worthy of endless fascination. “Is it Just Me” switches the tone once again, as he piles on the introspection and rides the piano-driven beat with ease.  What separates Dutty from most of his Southern peers, is that he actually has a sense of what is valuable and crafts his songs to matter. 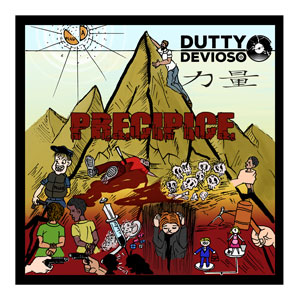 As he moves from the nostalgic “Never Looking Back” to the mainstream orientated “After The Rain” ft. J-Levant, you get the distinct impression, Dutty knows exactly what he’s doing, and that’s the invigorating type of resolve not seen around these parts for quite some time.

By the time we reach “DV is the IV” ft. Xtra, Dutty has shifted into overdrive as takes a laser sharp look at the state of the game, dissecting all of its negatives. “Think About It” ft. Antonia Marquee and Odd Zo, is another track that requires serious scrutiny. Here the artist’s perception of reality is projected upon our own personal environment.

The album’s sound is so meticulous, so assured and expansive, that each song’s strengths are welcomed and magnified, with the evidence of Dutty Devioso’s fingerprints left at every turn. From “Camouflage Broads” to “Man in The Mirror”, and “Go Dumb” to “Shirt Off My Back”, you’ll be hard pressed to decide the best of the bunch. The bar has been set incredibly high here.

Moving into the final three, “Luvin Me to Def” ft. Jigg, “Let Me Know” ft. J. Levant and “This One 4” ft. Xtra, Dutty’s passion and devotion to his grind, will already have you totally captivated. He mines emotional depths, exorcises personal demons, and faces social and existential issues with a lucidity and sincerity seldom heard these days on contemporary hip-hop records.

Through it all he never compromises the purity and integrity inherent within his distinctive musical vision. The veracity of his style is evident in the production, the choice of features, and the escalating confidence in his own lyrical and rapping talent. Dutty Devioso has never sounded this determined. And for fans of the genre, that’s a damn good thing!