Catherine Meeson: ‘Come Back’ – a true gem of musical magic

The Melbourne based creative, Catherine Meeson was given her first guitar at 13, initially self-taught she refined her skills with a lessons in later years. Both a singer-songwriter and... 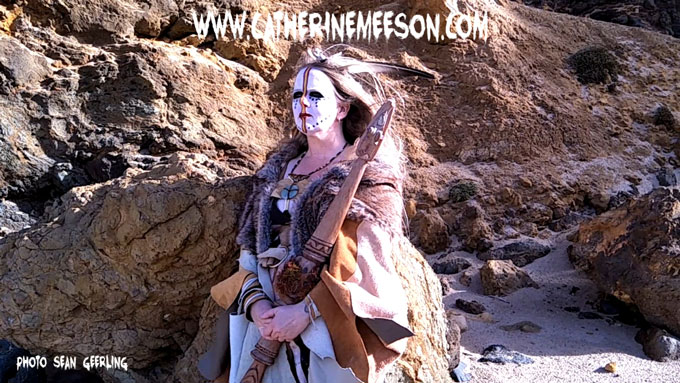 The Melbourne based creative, Catherine Meeson was given her first guitar at 13, initially self-taught she refined her skills with a lessons in later years. Both a singer-songwriter and an electronic composer, over time she acquainted herself with music technology affording her the skills to realize her musical desires with computers and software, as well as analogue and electronic instruments. In the last decade she has honed her sound and written a lot of work, in styles she defines as ethereal wave, electro, and electro folk-rock. She has released 3 albums to date ‘Revolution Complete’, ‘Atmospherica’, and ‘Contemplating Buddha, as well as and an EP soundtrack ‘Oriental Temple Gardens Complex’ and a series of singles. She also has a fervent interest in visual art and has completed various works in this direction. 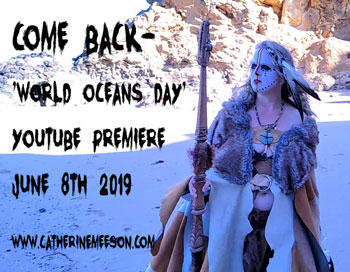 Catherine Meeson released the video single ‘Come Back’ on ‘World Oceans Day’ June 8th 2019, as part of a preview to the upcoming album ‘The Call of Oma’, which will be launching its Crowdfund campaign soon. Oma is described as: “Hailing from the northern hemisphere from the time of the last Ice Age. She is a messenger for and embodiment of the great Earth Mother, who calls us back to the oceans, the source of all life on Earth.”

Oma calls us to remember the oceans have supported life for at least 1 billion years. Meeson is naturally engaged in environmental themes, among her other core messages that include spirituality, mythology, ethics and existential matters.

So what works with ‘Come Back’? Everything works. Her vocal phrasing, her playing, the arrangement, the orchestration, as well as the lyrics. What a rare combination that is these days. Ultimately, Catherine Meeson is a unique and wonderfully adept artist: songwriter, singer, musician and master of her own universe.

Her somewhat cinematic, epic, slightly folksy, electro stylings and bold, proficient instrumental capabilities really strike the right chords in me, and this unique song is a true gem of musical magic. The instruments are wonderfully intertwined with her beautiful singing voice.

I can appreciate a wide variety of music with the only requested common denominators being that the songwriting needs to be inventive, the instrumentation needs to be impressive, and the singing needs to be soul stirring. ‘Come Back’ pleased me on all levels. 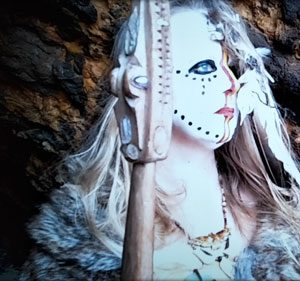 Supplementary to the impacting, important philosophical and environmental issues she brings to the table, Meeson’s music is deeply moving for me. It is calming and exciting at the same time. Hard to classify and unique, I’ve hardly heard many artists quite like her before, except for the legendary few we can count on our 10 little fingers.

For all the rich and luscious instrumentation, what will have the song stick in your head, on repeat in your media player is Catherine Meeson’s beautiful singing voice. Such amazing control of her pitch, with almost no trace of vibrato, and somehow she makes it seem effortless.

It’s that deep, rich resonating tone that engulfs your senses. Her voice is full of emotion without having that ‘trendy nasal’ sound that makes so many female pop singers sound commonly similar. Meeson’s perfectly-controlled voice is ideal for the genre. It is a versatile, expressive and impacting instrument which never over-plays.

Catherine Meeson’s music is fresh, modern and original, yet nostalgic and haunting. Blending many influences she is able to create some of the most beautiful and soul-inspiring soundscapes. She stands apart for her creative, conscious and caring approach to her craft, and to this planet. Any artist’s intentions and aspirations hardly get nobler than that.

KARMS ANNOUNCE NEW TRACK ‘TELL ME WHEN THIS ONE ENDS’