There’s often a fine line between originality and eccentricity, when it comes to songwriting, lyricism and music making in general. A pop writer in the general marketplace can be... 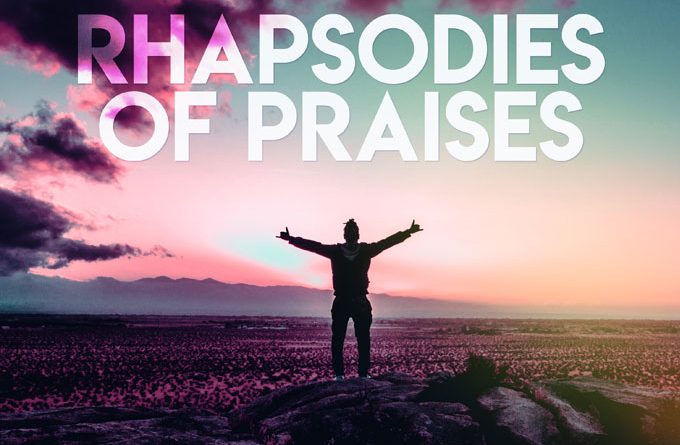 There’s often a fine line between originality and eccentricity, when it comes to songwriting, lyricism and music making in general. A pop writer in the general marketplace can be as outlandish and freakish as they want to be to appeal to their niche, but Christian writers are working in a genre where driven messages have to communicate the Gospel in powerful ways. Christian writers capture universal feelings, dress them in excellent art forms that communicate contextually, and make sure they are in line with Scripture. No small task. The truly great Christian songwriter presses into their relationship with Jesus to tell and sing the truth, never losing sight of their true source of inspiration, creativity, and the very Reason they write. Once such creative is Jerry Collins. But a singular one at that.

Most of Jerry’s music is already licensed via a number of platforms all across the world. Yet he is neither a singer nor a songwriter – Jerry Collins is a music lyricist. He uses studio musicians to complete his songs with melody and vocals. Jerry is a member of the Episcopal Church and is a graduate of a small Christian high school.

He has worked 20+ years with FedEx.  But that hasn’t stopped him from being ranked #1 on Local, Regional, National, and Global charts in Spiritual Music for ReverbNation. Now Jerry Collins has released his 18 track album, “Rhapsodies of Praises”. 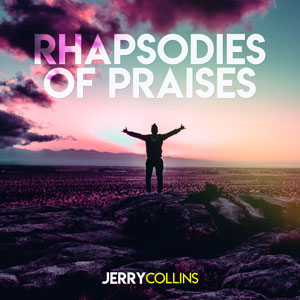 In some way this album represents a collection of Jerry Collins’ best songs and is a testimony to his writing talent, as well as his fruitful collaboration with other songwriters, musicians and singers. However more than anything Jerry’s songs are the kind that we could easily catch ourselves humming or singing aloud in the car.

His God-focused lyrics and the intensity of his worship passion are what has been earning him recognition in the marketplace. For the most part, the songs on “Rhapsodies of Praises”, are simple melody and lyric driven arrangements with minimal musical embellishments.

The opening two songs, “Sometimes”, Life by Life” as well as “Ho Ho Ho” and “No Flag”, are a perfect examples of how Jerry’s tracks captivate with their instrumental economy – relying on the soulful vocals, the acoustic guitar, the resonating lyrics, and little else.

Jerry’s songs are founded upon a life of experience and heartfelt adoration, and that’s what comes through on these more stripped down song versions. These songs pulsate with mission, drip with mercy, and point to a glorious God. But even when Jerry’s songs are laid over a more musically intense soundscape, the results are the same.

The back-to-back tracks, “Hold Your Hands Up”, “Following Wisdom”, “Arisen”, and Rocky Mountain High”, show off richer, rhythm driven arrangements, but the focus is still on God and the spiritual message of the song, which comes through Jerry’s powerful and heartfelt lyrics.

When Jerry steps a little outside of his usual Praise and Worship element, and writes a lyric about love and passion towards a partner, on “In Her Heart”, the effect is always heartwarmingly the same. This is due to Jerry’s knack of writing with pureness and sincerity.

Songs like “Summer Waves”, “Listen”, and “Through The Years” are powerful tributes of praise to God, while “Becky Lou” and “Animal Love” show off a harder and grittier rock sound. Jerry Collins, is a master of Contemporary Christian lyricism, he and his crew of collaborators have created a bunch of songs on this album to suit old and young alike.

There are upbeat fast paced songs and slower tender praise. Each song is taken straight from Jerry’s heart. His worship is genuine and his words will move you closer to the Kingdom of God.