HANNAN is a 5 piece rock band hailing from Louisville, Kentucky. Their new 6 song EP “Charm Offensive”, was produced by Chet Roberts of 3 Doors Down, who also... 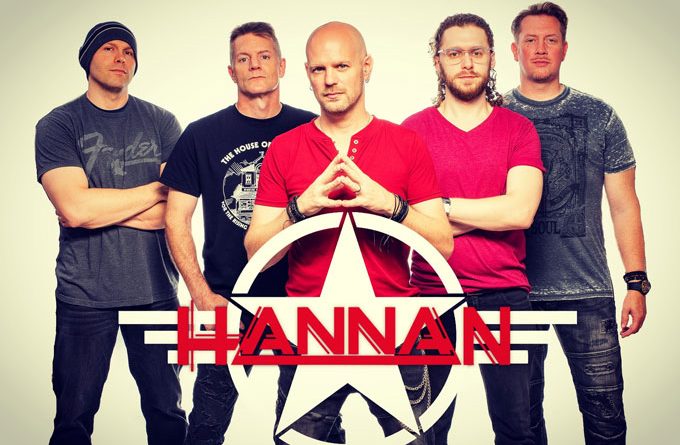 HANNAN is a 5 piece rock band hailing from Louisville, Kentucky. Their new 6 song EP “Charm Offensive”, was produced by Chet Roberts of 3 Doors Down, who also features on 3 tracks. Recorded at Rivergate Studios, Nashville, TN was engineered by Marshall Bastin and Chet Roberts. There was a time when rock bands ruled the airwaves and, whilst the preponderance of mediocre bands polluting the airwaves were annoying, even their absence somehow feels worse. There has always been a need for bands driven by an intense work ethic, an ability to write hooks every bit as catchy as the best that pop music can offer whilst throwing in enough riffs to keep the rockers happy. HANNAN are one such band. As such, “Charm Offensive”, is a ferocious, highly polished, rock hybrid, not least because it seems so few bands actually have ambitions beyond their immediate environs anymore.

The EP opener, “Realign”, is an absolute monster of arcing riffs, tough-as-nails percussion and radio-friendly hooks. Lead vocalist Graham Hannan, sings over an industrial-strength backdrop, and whilst it feels like a custom track for a band looking to headline stadiums, few do it better.

Next up, the stuttering, hulking riffs of guitarists, Houston Barnett and Ben Hurst on “Under The Gun” manages to sound like they’re going head to head with the best in heavy metal. The rolling, expansive rhythms of “Inside Out Girl”, is all the space drummer Dean Dufresne needs to get his shine on, in a big way. This is a pretty cool rock song with a taut groove at its heart. 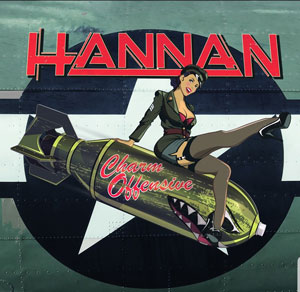 Bassist Josh Smart lets it all hang out on “Break Me”, maintaining as he drives a funk-inspired bone-crushing groove. This is the album’s prime single, where the band’s ambitions are truly laid bare on what feels like a song assembled from a selection of hits, complete with a bank of studio embellishments.

This is a track that effortlessly gets the adrenalin flowing. The second half of the record continues with “I Am I” – a piece of music where the band can’t resist shooting for the stars with an expansive chorus that will set the earth quaking. It’s also a perfect example of the band at their catchy best and it’s hard not to be seduced by the rich melody, layered harmonies and passionate vocal delivery.

With its sumptuous production, full-blooded choruses and tight riffing, it’s difficult to ignore the critical acclaim the EP closer, “The Killing Man” is likely to bring the group. For those seeking a rock record with powerhouse grit and polished class, this cut simply never loses focus of its core mission.

All in all “Charm Offensive” is powerful and raw to the core. Ultimately HANNAN delivers an engaging and enduring statement with this EP. They compose songs that go straight for the gut – personal, real, and right from the heart.

“Charm Offensive” also is as hard-hitting a Rock record as can be. HANNAN deliver heavy guitars, soaring vocals, but most of all, dynamic songs. This is a truly flawless effort from start to finish, guaranteed to arouse your senses.

Love Ghost – “Let It All Burn” pushes the group to new heights!