DJ Dee Kimble, the songwriter, solo artist, remixer, music producer, and promoter, has been working his grind since the nineties. A lover of hip-hop and all genres of music,... 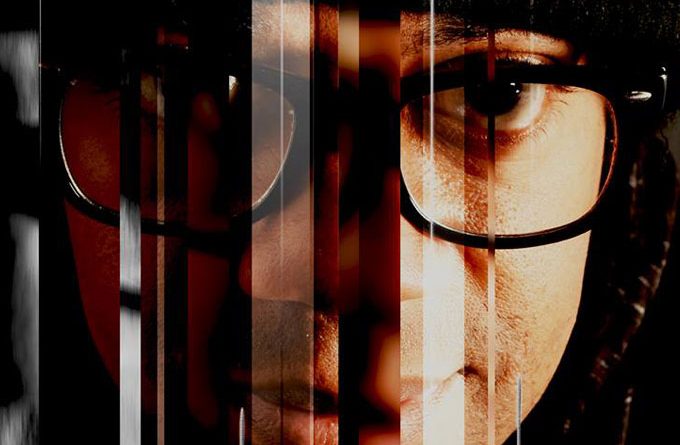 DJ Dee Kimble, the songwriter, solo artist, remixer, music producer, and promoter, has been working his grind since the nineties. A lover of hip-hop and all genres of music, Dee survived through the nineties throwing all of his diverse talents into the mix. This saw him working in fields from stand-up comedy to sales and finance, while building a successful DJ career. Events and destiny eventually caused the creative to pause his musical endeavors until 2015. A year later he started writing songs and signed a deal with Stand Alone Music which distributed via the Universal Music Group. In 2018 Dee left the label and released a new single called “The Meaning of Life”. Now a refined artist and navigated performer, 2020 sees DJ Dee Kimble come to the table with his latest single, “Take Mine” featuring Street Costello. 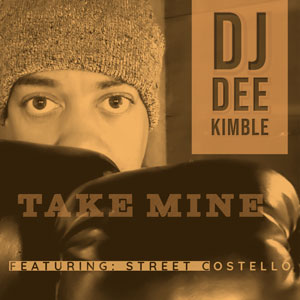 Though a totally different song, “Take Mine” is a cohesive and conscious follow-up to “The Meaning of Life”. Here DJ Dee Kimble narrates another inspirational tune about the highs and lows an individual faces through their lifetime. Causing them to lose their motivation to become achievers, and instead succumbing to the will of others.

“Take Mine” ft. Street Costello, represents the moment we take stock of our talents and blessings, and realize that we need to take our destinies into our own hands. “Take Mine”, is also describes the moment DJ Dee Kimble decided to stop playing defensively and use his God-given gifts to move forward and take control of his future, reaping all the awards it has to offer.

DJ Dee Kimble is at his best when he works with skillfully-crafted sounds and atmospherically dramatic ones. That won’t surprise anyone who’s paid even remote attention to his catalogue over the past two years, but what is surprising are the clever, sometimes subtle ways he nudges the margins of what’s worked for him in the past to find new subject matter to mine for creative content on “Take Mine” ft. Street Costello. 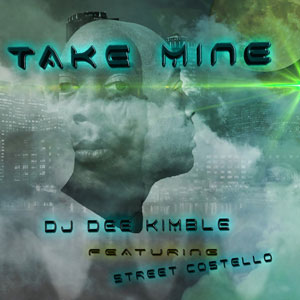 Dee’s explaining the cycle that traps us in a perpetual rotation of failure or disappointment, but it’s all external. Once we really look inside of ourselves, the picture can change. Of course, Dee’s own ordeals also lends a different kind of insight. On “Take Mine” ft. Street Costello, DJ Dee Kimble has got the details down, he understands the bigger picture, and how the pieces fit together to find your own contentment.

The verses resonate long after they’re done, and the chemistry on the track is undeniable between Street Costello and DJ Dee Kimble. By once again opening up and showing his feelings on this track, Dee turns in his most relatable, resonant project yet, and the one that has the most potential for staying power.

After all, if there’s any tradition that connects hip-hop to the streets, it’s in fighting for what belongs to you, and claiming the victory. DJ Dee Kimble is focused on harnessing his motivation into a record that will boost his discography and stand out in a year that promises to be packed with stunning releases.

Sandra Esparza – A direct approach that is genuine and sincere

Prince Black – “O.M. (Overly Medicated)” is yet another official ratification of his elevated status