Texan singer-songwriter Ranzel X. Kendrick aka Alias Wayne brings us his latest single, “Gimme What It’s Worth”. Alias Wayne’s songs sound as if they have lived for generations, under... 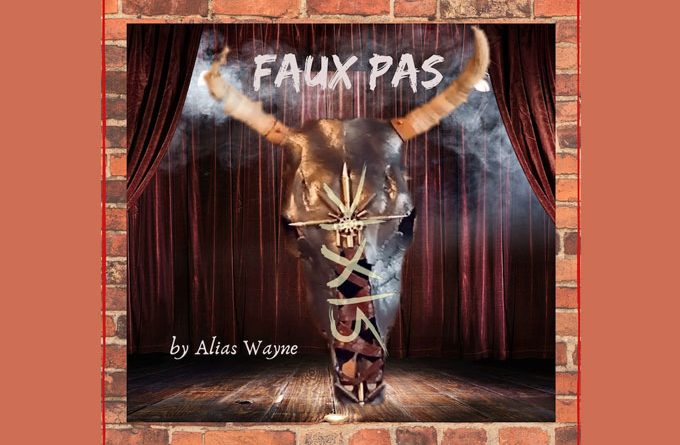 Texan singer-songwriter Ranzel X. Kendrick aka Alias Wayne brings us his latest single, “Gimme What It’s Worth”. Alias Wayne’s songs sound as if they have lived for generations, under rocks, just gestating and mutating. Tilted, with lyrical twists and turns. Lovely, spare, moody melodies sit gently but firmly, on top of typical organic Americana instrumentation, embellished by fiery guitars, resonating harmonicas, and lush harmonies. All of these elements adding to the massive emotional gravity of the songs. At least that’s what transpires from his 6 track project “FAUX PAS”. The first thing that struck me about the aforementioned single, is that Alias Wayne’s voice really sounds good. He knows how to pull magnificent performances from just the most minimal of melodies.

Blues, rock, folk and country, all come together on “Gimme What It’s Worth”. Running the gamut from, delicate, and beautiful to moody, and dark, lyrically introspective yet universal, the song runs on a mid-tempo, understated but energizing groove.

Alias Wayne is a master at using the nuances of his voice, all while penning fine songs with intelligent lyrics. The real deal indeed. The artist’s vivid, unvarnished musical portraits are striking in ways that distinguish him from pretty much any of his genre contemporaries. 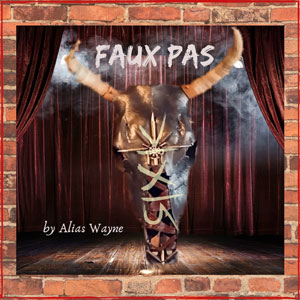 Ranzel X. Kendrick aka Alias Wayne can sing anything and make it sound like it’s coming from his soul, and that’s a true natural talent. He shows off that talent once again on “Gimme What It’s Worth”, while the backing and harmony vocals, also make magic.

For those who appreciate an artist absolutely excelling at his craft and doing what he does best, this track, and the entire album for that matter, is fantastic from start to finish. The sonic texture created by the guitar in particular, just sucks you right in.

The other captivating factor really is just Alias Wayne’s innate genuineness that shines through in the song. It’s something that is lacking in most music today and why all music fans will be drawn to his latest release.

Alias Wayne’s true talents however, are many. Another is packing a fully developed story and a bucket load of emotion in a little over four minutes, and “Gimme What It’s Worth” is one of the best examples of that talent. Of course it helps that the distinct, melodic voice of Alias Wayne’s resonates in every song, giving it a personal feeling, as if he was only singing to you.

Alias Wayne’s vocal runs coincide beautifully with guitar that seems to have a call and response as it is shapes the verses and choruses, and glides along with a solo in towards the end. This mixture creates the illusion of yearning right in front of your very eyes.

Though a slow burner “Gimme What It’s Worth” is very catchy and will get you singing along. Mostly because it will get stuck in your head and you’ll find yourself singing along to it throughout the day. Best lines to keep you intrigued: “There’s something happening here. What it is, ain’t exactly clear. There’s a man with a gun over there, telling me I got to beware…”