Sonically, L.A. Rock band Swami Lushbeard, recalls the best of rock’s past and present. They seem to embody both effortlessly. It is difficult to point to one musician in the group... 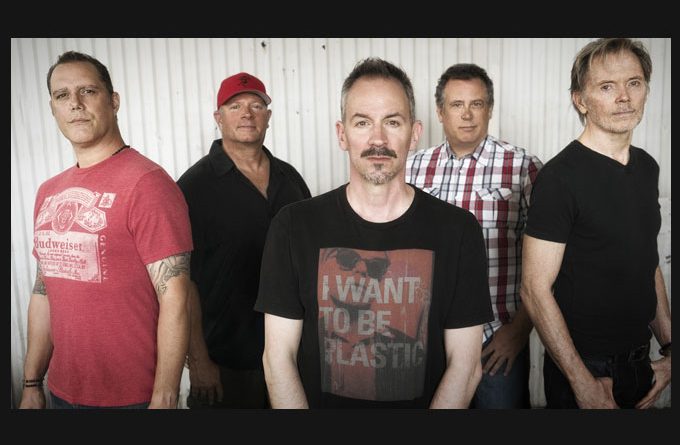 Sonically, L.A. Rock band Swami Lushbeard, recalls the best of rock’s past and present. They seem to embody both effortlessly. It is difficult to point to one musician in the group that is not necessary for the overall sound. The music and the lyrics are arresting, demanding the listener’s attention from start to finish. These guys are top-flight musicians. How does one reconcile the many facets of rock? Take the in-your-face raw aggression and put it side-by-side with compelling melodic soundscapes, metrically complex rhythms, bone-crushing guitar riffs, and freely open keyboard jams. All of which you can be found on the band’s new single #ENEMY. This recording can’t be described without referring to pure emotional energy.

Swami Lushbeard, who now boasts a revitalized line-up, received plenty of support on their Kickstarter campaign. This has allowed, and inspired them to produce top tier music on #ENEMY – a song that represents our fight against the adversaries that persecute our existence. Social, political or otherwise.

“Although it’s not always the same target shared between us,” explained the band, “we all have an enemy in common.” Ironically, it’s unusual to note that currently, we all have the same almost invisible enemy, in the Coronavirus. “I need an enemy to prove I’m strong. I need an enemy to carry on,” sings Swami Lushbeard. The message is inspiring and uplifting.

A much-awaited project on my behalf, #ENEMY sees these Los Angeles musical guerrillas exceeding all expectations. Notwithstanding their previous inspirational to inscrutable works, few could have expected Swami Lushbeard to produce a record of such dazzling expertise.

One of the most immediately noticeable changes are the vocals. They sound astonishingly dominating – both on the lead vocal and the lush harmonies. More polished than ever before, they’re enhanced by an unabashed and exuberant rhythm section. Interwoven with instrumental tangents that try every possible combination of driven groove.

Fiery guitar strings are tangled with flickering strands of pulsating keys, in turn interlaced with rolling basslines and thumping drums. It’s complex, but organic and it’s enthralled with a definite sense of momentum-pushing emotion. Life pulsates from within, making it sound more yearning and hopeful than anything previously heard Swami Lushbeard.

It’s a musical tapestry woven from eloquent expression just as it is by sheer volume. In places, it’s an aural jungle; teeming with sonic wildlife – roaring, carnivorous and predatory. The single feels huge and epic in every possible way. It’s a total tightening of Swami Lushbeard sound, from the stunning guitar solo, to the general songwriting capacity the band has evolved and expanded.

What’s most important though is Swami Lushbeard sound like they are having an amazing time making music, and as a fan it reinvigorates me and definitely makes me remember why I loved them the first time I heard the band back in 2013.

From the instrumental intro on #ENEMY, Swami Lushbeard enchant, pull you in, and never let go, even long after you’ve turned off the song. They sound more dynamic than ever before, probing and shattering the atmosphere, quivering with sheer power.

Lafayette is at his sharpest, offering a nostalgic but refreshed taste of rap