BoyEatsGirl will crush the wind out of your lungs with its technical power!

BoyEatsGirl is an Australian extreme metal project driven by one man. Rick ‘Cleveland’ Pinto created BoyEatsGirl in late 2015, and it had its first single, “She Shattered Like Glass”... 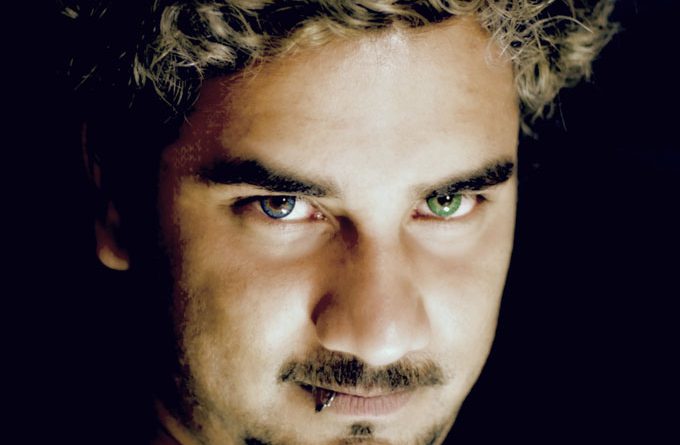 BoyEatsGirl is an Australian extreme metal project driven by one man. Rick ‘Cleveland’ Pinto created BoyEatsGirl in late 2015, and it had its first single, “She Shattered Like Glass” released in April 2016 rapidly gained attention and has built itself a solid foundation. Following many featured articles in magazines and blogs, BoyEatsGirl released another single titled “The Ebony Curse”, both singles are set to feature on the upcoming 2016 EP release “The Answer to Infection”. 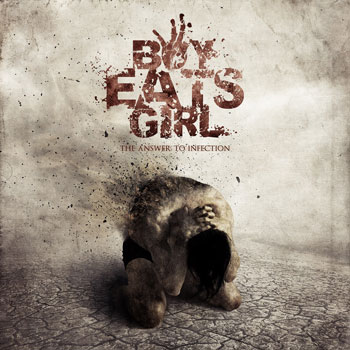 BoyEatsGirl is a project that is very unlike others in a scene where a lot of extreme bands seem to be just carbon copies of other extreme bands.  BoyEatsGirl represent the best that modern thoughtful metal has to offer. While complex, their music is not as cold and mechanical as Meshuggah.

And while accessible, this is definitely bone crushing heavy. The upcoming EP, according to Pinto, is written as a conceptual piece and the tracks are like chapters of a psychological horror/thriller story about a man going through various stages of a psychotic breakdown.

BoyEatsGirl has turned things up a notch on “The Ebony Curse”. First, the production value is astounding. The drums sound fantastic and the drumming is brilliant in its creativity and execution, pummeling at breakneck speed. The track as a whole just leaves a very satisfying feeling. It’s not easy for music this complex and frantic to sound this good.

The rhythm is devastating and unrelenting, while Pinto’s growling is awe-inspiring. There are elements of thrash, doom, death, and grind, making a beautiful amalgamation which will crush the wind out of your lungs with its technical power.

“She Shattered Like Glass” is considered the premium lead single from the upcoming EP. While many lesser metal bands make speed, image, and brutality, the end-all and be-all of their sound, BoyEatsGirl adds complexity, musicianship, and atmosphere. Pinto melds mind-boggling complexities to the already fiercely brutal composition. 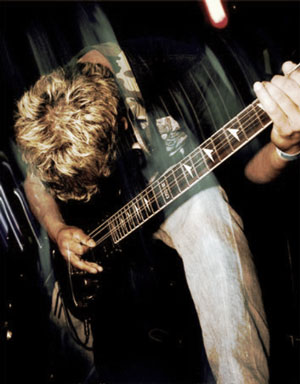 Indeed, with structures this painstakingly elaborate, it’s sometimes almost wrong to simply call them simply “songs” – these are compositions in the truest sense of the word. With riff-shifts and tempo shifts abounding and racing in every direction, there are perhaps some moments that make the listener wonder if BoyEatsGirl will spiral off into utter chaos, but the almost manic ebb-and-flow of “She Shattered Like Glass” winds up making perfect sense in the end as the song rushes to its finish.

The sounds of the songs are crisp, tight, and the production is top notch. Every instrument is right where it is supposed to be and BoyEatsGirl’s growling vocals will delightfully punish your ears. The project has actually brought focus and direction to its sound so Pinto is using this unique musical idiom to convey something concrete – a storyline and theme, rather than just to conduct some sort of odd musical experiment.

This is merely the beginning of what will surely turn into a dark musical journey through the mind of Rick ‘Cleveland’ Pinto. Yes, I believe this EP will strongly express a viewpoint that seems to truly resonate clearly. It is not just mindless evil, as some may think.

This is intelligent, bold, expressive, majestic, sinister and malevolent, extreme metal. If you are an extreme metal fan and pass this up for whatever reason, you are missing out on a gem graciously given by BoyEatsGirl.