Andi Young: “Lonely Child” allows his personal truth to shine from within

It’s the music industry’s loss that it wasn’t quite ready for Asian-Australian singer, songwriter, and violinist, Andi Young when he arose from nowhere like a glittering phoenix a few months back with his demo...

It’s the music industry’s loss that it wasn’t quite ready for Asian-Australian singer, songwriter, and violinist, Andi Young when he arose from nowhere like a glittering phoenix a few months back with his demo which garnered huge success via  Soundcloud. Despite the perfect ballad, “Time To Say Goodbye” and it’s awe-inspiring performance, Young for some reason has not yet popped up on my radio as a mainstream superstar. With a voice as amazing as his, this seems like a definite music lovers’ loss. 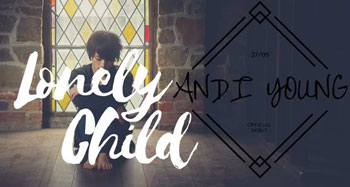 Andi Young’s brand new single, “Lonely Child” should go a long way towards remedying this injustice. The new track is based on an autobiographical narrative. This song is for the Lonely Child that I once was,” says Andi, “and for everyone in this world who feels the same. In order to conquer fear you must embrace vulnerability.”

There’s still much to recommend here, as “Lonely Child” boasts an impressive range and swings for the fences with a bejeweled bat. The track manages to surprise while showcasing its secret weapon: Young’s voice, which has become even stronger and more expressive, especially when he explores the darker, softer shades of his register. 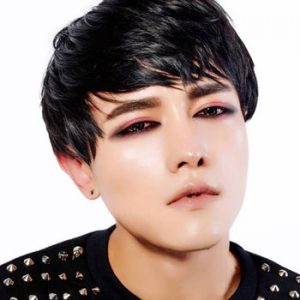 It’s always exciting to see an artist whose talent is as strong as his vision and Andi Young’s sounds like he is reborn on this record. One of Young’s defining characteristics in his music is his ability to create a balance in everything he does, and the song doesn’t only strike a balance thematically but also musically.

The chorus in contrast to the stripped-down verses is executed with levitating alt-pop energy, while the hook that comes right before the chorus is utterly addicting, and it’s quite surprising how the song just keeps escalating from then on, with Young’s voice being an absolute marvel to listen to in its high register.

Simultaneously an ear worm without being trivial, the incredibly beautifully sung lyrics are right out front. So dramatic – they build and build along with Andi Young’s voice until every cell is vibrating. “Lonely Child” tells a story and Andi sings it brilliantly. He couldn’t have done less, as this is his story.

Andi is an artist who sings from his heart, allowing his personal truth to shine from within. I really like how this track builds from beginning to end, ending with that signature Andi Young range of emotion. This is the song that he, as an artist, longed to create I believe. It is refreshing to watch him stand strong and resolute to his own vision.

The question is if the industry is ready for Andi Young this time around, or will they lose yet another opportunity to see his star shine?

A Choir of Ghosts: “Ester” – cinematic storytelling and a mellifluous soundscape