Fuss Ricket Release the Video for “Well On Time”

With each new release, Fuss Ricket has managed to progress their sound in interesting directions, and I’ve found myself enchanted by all of them. This three piece fringe pop...
by Staff December 10, 2016

With each new release, Fuss Ricket has managed to progress their sound in interesting directions, and I’ve found myself enchanted by all of them. This three piece fringe pop act focusing on industrial funk and pop-punk, have a fairly clear pattern. They have knockout hooks and off-the-rails beats, accented brilliantly with keyboard riffs, and wild percussive sounds, just to name a few. But more to the point, it seems like with every song, the lead singer is determined to stretch himself vocally.

Fuss Ricket has just released its sneaky little video single for the track “Well On Time”, taken from their EP “What’s All the Fuss About?” And just like every other track on the EP, this will haunt you until you fall asleep. I always thought that Fuss Ricket has this uncanny quality of sounding both retro and futuristic at the same time. Now they’ve taken that almost intangible and fleeting formula and migrated it into their visuals.

The music video for “Well on Time” was inspired by music clips from the early 2000s that utilized a blend of live action superimposed into a 3D environment with animated 2D elements. The producers and crew incorporated the stage design of the band’s look and style with Tyler’s custom made jewelry line Via Christa and post-apocalyptic imagery.

The setting of the video is an extraterrestrial-ancient world akin to the Mayan civilization. See, there goes that retro-futuristic thing again, and   think it is one of the most endearing aspects of Fuss Ricket’s sound and image – Apart of course, from those mesmerizing vocals, melodies and rhythms.

Director Ben Snyder describes the plot as: “Where the main character is chasing his desire, the girl in the jungle, who ultimately tempts him to a goddess-queen to meet his fate.” The video stars Bri Isis, Tyler Reed Cochran, Jeena Dee, Luna Sophia and Blake Pankonien. It was filmed by Jessie Rodriguez, while production was taken care of by Sarah Echo Colon. 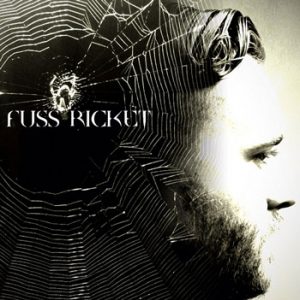 This band is poised to be one of my favorites of the year. I absolutely love everything Fuss Ricket does. Personally, I think reviews on their music are stupid because people can’t actually describe their music well enough for you to know whether or not you’re going to like it.

So go listen to a couple songs on Spotify or watch them on YouTube, and then make your decision. The only truly useful information I can give you is that nothing quite sounds like this band right now. To come close you may have to take doses of The Talking Heads, The B52s, Panic At The Disco! and Empire of the Sun, and then put it through a blender a couple of times. One time out of ten, you may hit on the right magical mix.

It’s great to hear a band that has a promising future. Fuss Ricket is one of those rarities in an age of forgettable one-hit iron ducks. Gorgeous. Fascinating. Fun. I have relished in the clear tune pulsating throughout “Well On Time”.

Dobie: “My Everything” (Produced by Brad Grobler for BIG Productions)

Nathan Leaman: “Heartbroken” – the painful side of human emotion