Sufiman: “Purify Yourself” – the transmission of divine light!

London based music artist SufiMan, flavors his songs with a blend of Desi music, Hip-hop, Indian fusion, Sufi, Islamic Rap and powerful Spiritual undertones. More than fill his songs with catchy rhymes, cool melodies and sweet hooks, Sufiman aims to inspire and motivate people with the messages in his music. He allows all the influential teachings from revered prophets, spiritual masters, Sufi saints and the whole of Islam soak into his music and filter through to his listeners. In hip-hop, establishing yourself as part of a powerful label and crew is as close as a new act can get to being a commercial sure thing. SufiMan opts for a different route as he has a diverse set of rules going for him. He is strong on faith and consciousness and is more interested in imparting knowledge than collection commercial success. 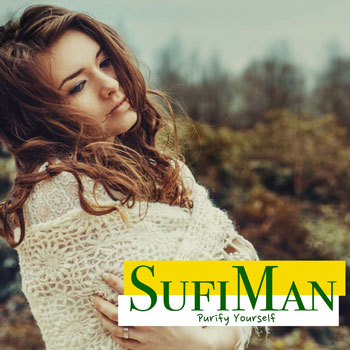 SufiMan possesses an intense, distinctive, no-nonsense flow. He breaks new ground thematically and musically on his latest single “Purify Yourself” in an era in history when the Islamic faith is under severe scrutiny from the western world. This doesn’t discourage Sufiman in the least, as he sticks to the fundamentals of his faith, as it was, and is, preached to be.

While all Muslims believe that they are on the pathway to Allah and hope to become close to God in Paradise—after death and after the Last Judgment—Sufis also believe that it is possible to draw closer to God and to more fully embrace the divine presence in this life.

To the Sufi, it is the transmission of divine light from the teacher’s heart to the heart of the student, rather than worldly knowledge that allows the adept to progress. Something that SufiMan seems to be communicating though his songs and on “Purify Yourself”. Two lines are particularly unifying in the lyrics: “If you look for me, I will look for you” and “If you walk to me, I will run to you.”

Throughout the song, the theme of peace and serenity is constantly brought to the fore over a decidedly eastern flavored beat. SufiMan’s tone and temperament, is one of confident assuredness, as if he not only speaks the words but truly lives them. Whatever your thoughts on Islam or Sufism may be, it’s hard to deny that these are words of wisdom that can be applied to any religion and way of life.

More often than not, Religion suffers from the same biases that music genres do. If you like rock and someone asks you to listen to a hip-hop record, your mind subconsciously denies the qualities of it before even listening and trying to understand what’s being presented.

However its artists like SufiMan who continue to put forward their thoughts and feelings in a clear precise way that will help the necessary conciliation between differing cultures, if we are to create better living conditions all.

Tera Johnson: “HOME” – a poet of the vernacular